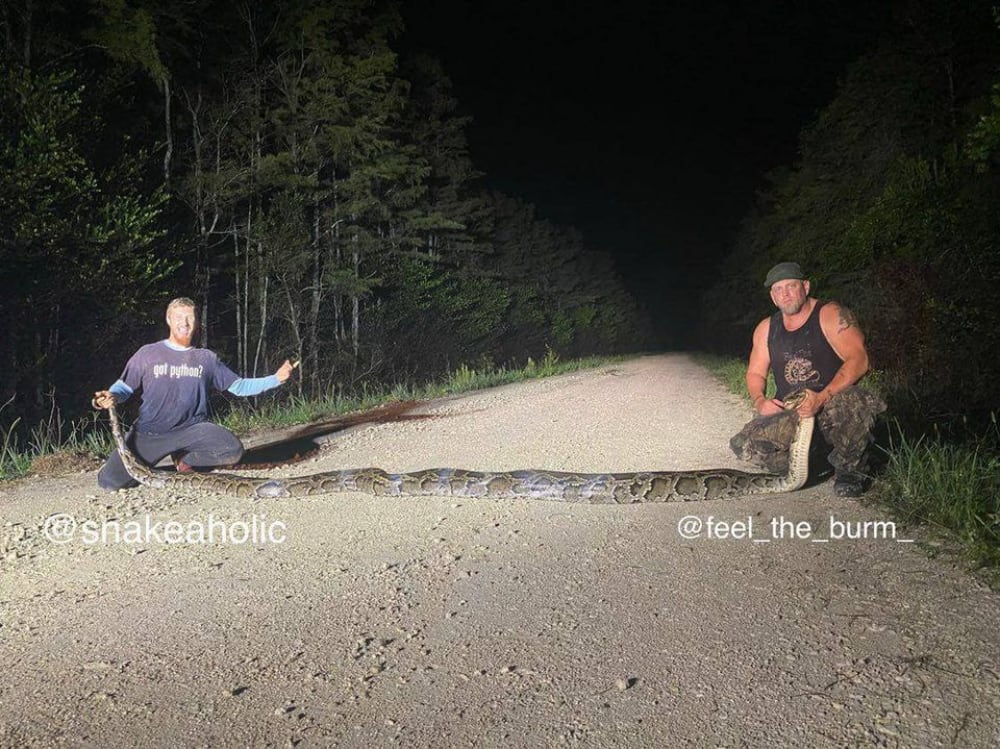 The hunters, who are licensed by the state to specifically hunt this invasive species, and work for the South Florida Water Management District and the Florida Fish and Wildlife Conservation Commission, told the Miami Herald that this particular python was the toughest capture for them to date.

“It took every ounce of my strength to catch that snake,” Kevin Pavlidis said. “I would normally never catch a python by the rear but in this case Kevin was there and was able to get her head once she realized what was happening.”

The hunters saw the head of the snake in three to four feet of water with the tail sticking out of the water. Ausburn told the Miami herald that he grabbed the snake by the tail while Pavlidis was able to secure the head as the snake violently thrashed about.

“The removal of this behemoth Burmese python is a triumph for our native wildlife and habitats,” said FWC Commissioner Rodney Barreto.

In August, the Florida FWC announced that 5,000 invasive Burmese pythons (Python molurus bivittatus) have been removed from the Florida Everglades ecosystem since the first Python Challenge was launched in 2013.

The Burmese python is an invasive snake that is thriving in the Florida Everglades. The reptile can grow to more than 20 feet in the wild and weigh more than 200 pounds. Their native range is in Southeast Asia, including Thailand, Vietnam, Indonesia, and Myanmar.