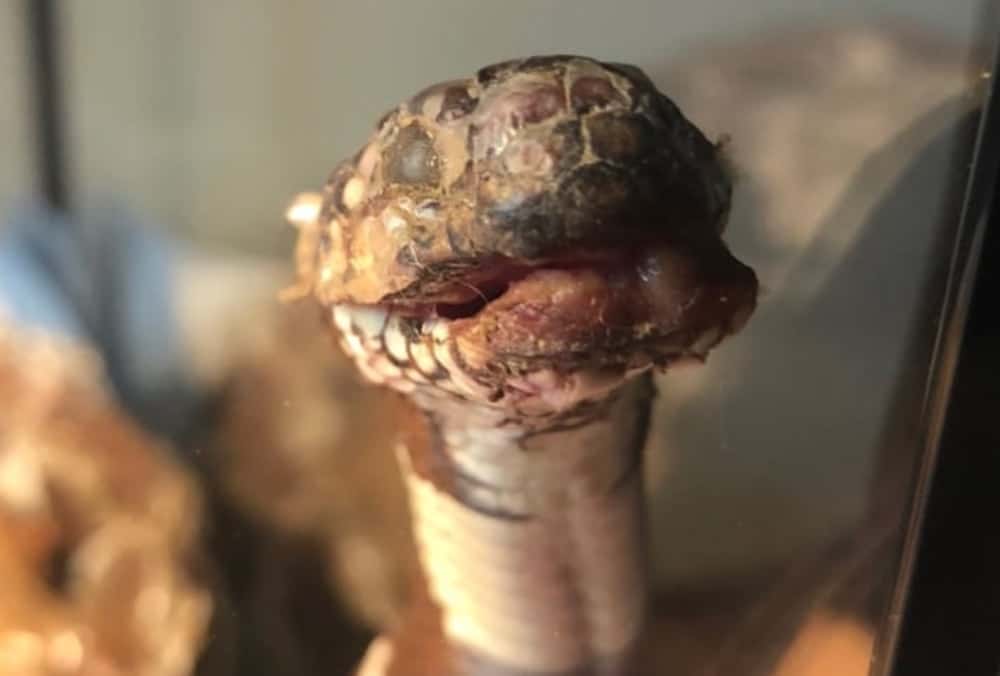 Snake fungal disease, a deadly snake disease now known as Ophidiomycosis, and caused by the keratinophilic fungus Ophidiomyces ophiodiicola, has spread to 19 states and the commonwealth of Puerto Rico. It has also been found in wild snakes in Europe.

“Ophidiomycosis — formerly known as ‘snake fungal disease’ — is an emerging infectious disease caused by the fungus Ophidiomyces ophidiicola,” Dr. Matt Allender, a professor in the veterinary diagnostic laboratory at the University of Illinois Urbana-Champaign said in a statement released to the media.

“It has been documented in over 15 genera of wild and captive snakes. Infection with the pathogen causes a wide range of clinical signs in snakes, from difficulty shedding skin, to crusts and ulcers on the head and body, and even death in some cases.”

The first confirmed instance of the disease appeared in a captive rat snake.

Allender, who led a study with scientists and military base personnel, examined 657 snakes and found a 17 percent infection rate.

“Our findings include the first reports of this disease in Oklahoma, Idaho and Puerto Rico,” he said.

The research also showed adults more susceptible to the disease than younger snakes.

The disease is devastating to snakes because it attacks the mouth and face area of the snakes, which prevents them from eating and drinking water. Its symptoms include scabs and crusty scales. According to researchers the outermost layer of the skin separates from the underlying skin and the eyes become cloudy even though the snake is not in shed. The face of the snake also becomes swollen. Some species don’t show any outward signs of the fungus, but when they are necropsied, the fungus is found in the lungs.

“Ophidiomycosis, an emerging fungal disease of snakes: Targeted surveillance on military lands and detection in the western US and Puerto Rico” can be read on the PLOS One journal website.