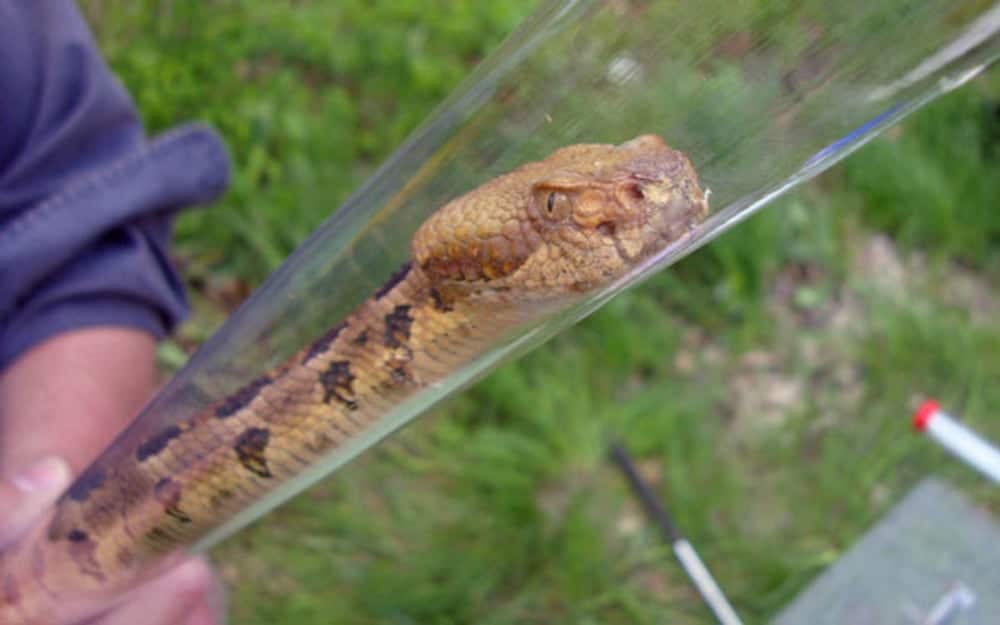 Snake Fungal Disease Appeared In USA As Far Back As 1945, Study Says

A microbiologist with the U.S. Geological Survey’s National Wildlife Health Center in Madison, Wisconsin, looked at more than 500 preserved snakes in

A microbiologist with the U.S. Geological Survey’s National Wildlife Health Center in Madison, Wisconsin, looked at more than 500 preserved snakes in the University of Wisconsin–Madison’s Zoological Museum and what was known as the Morehead State University Museum Collection, and found the presence of Ophidiomyces ophidiicola, or snake fungal disease, in three museum specimens; a scarlet snake collected in Florida back in 1945, a timber rattlesnake collected in 1958 in Wisconsin, and a gray rat snake collected in 1973 in Tennessee. Extracted DNA from these three species confirmed the presence of the debilitating disease.

“That’s a wide distribution across the eastern U.S. Not just a single snake or place or time, and well before the disease was confirmed,” Microbiologist Jeff Lorch told the University of Wisconsin-Madison News. “It changes the way we consider the fungus, the direction we may take with research and management, and that’s thanks to museum collections like the one here at UW.” Lorch published his findings last month in the journal Emerging Infectious Diseases.

The initial scientific coverage of Ophidiomyces ophidiicola occurred in 2008 when eastern massasauga rattlesnakes (Sistrurus catenatus) field collected in Illinois were found to be dying from an infect of the as yet named disease. Until now, the first confirmed case of the disease was found in a captive rat snake.

Ophidiomyces ophidiicola is devastating to snakes because it attacks the mouth and face area of the snakes, which prevents them from eating and drinking water. Its symptoms include scabs and crusty scales. According to researchers the outermost layer of the skin separates from the underlying skin and the eyes become cloudy even though the snake is not in shed. The face of the snake also becomes swollen. Some species don’t show any outward signs of the fungus, but when they are necropsied, the fungus is found in the lungs.