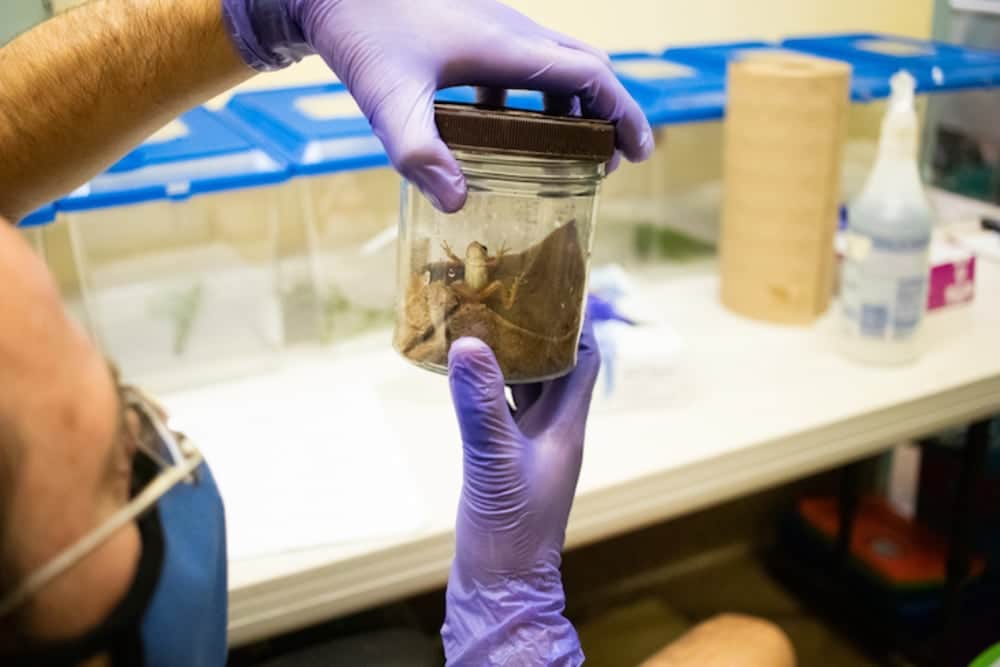 An oil seepage in Santa Barbara, California’s Toro Canyon Creek has caused more than 80 Baja California and California treefrogs and one western fence

An oil seepage in Santa Barbara, California’s Toro Canyon Creek has caused more than 80 Baja California and California treefrogs and one western fence lizard to become soiled in oil. The Santa Barbara Wildlife Care Network (SBWCN) was called to action to help clean up and care for the amphibians.

The frogs began arriving at the SBWCN August 12 with veterinarian Dr. Avery Berkowitz and SBWCN staff working to care for the animals. This effort included washing the frogs, feeding them crickets, fruit flies and fly larvae and providing exams. The frogs were also housed in enclosure so they could recover.

“As a partner of Oiled Wildlife Care Network, we are always on standby to step in whenever help is needed,” Dr. Avery Berkowitz, SBWCN’s Director of Animal Care and full-time veterinarian said in a statement on the SBWCN website. “Eighty additional patients is a big influx for our team, but we’re rallying together to make sure these frogs receive the care they need.”

The Santa Barbara Wildlife Care Network is in the middle of building a 5,400-square-foot rescue facility to treat exactly these kinds of incidents. It will feature enhanced oil response capabilities and newer and larger oil washing stations.

“Currently, most oiled animals we receive need to be transferred to a partner organization over two hours away,” Ariana Katovich, executive director of SBWCN said in a statement. “After the new Wildlife Hospital is completed, we’ll be able to wash and rehabilitate hundreds of more oiled animals on site. These upgrades will be critical to providing support for oil incidents like this one.”

Hospital construction began in January 2021 and is expected to be finished by the end of this year. If you wish to donate to support the project, you can make a contribution online at https://www.sbwcn.org/wildlifehospital.