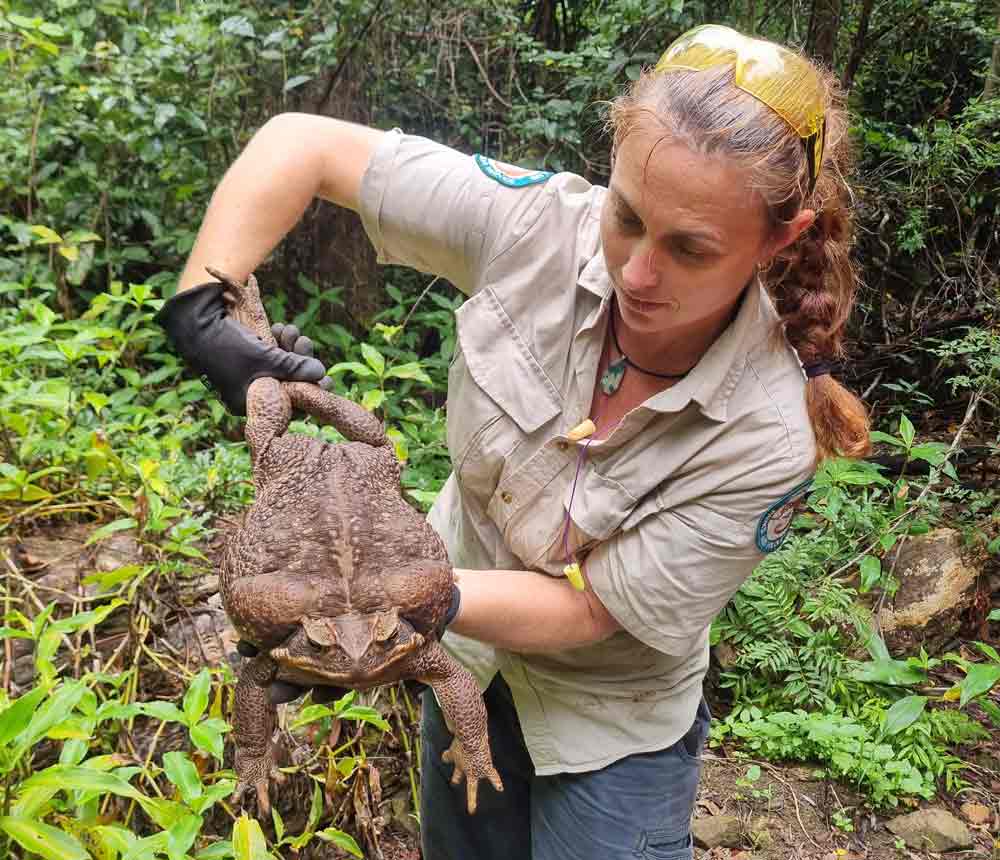 The now invasive cane toad in Australia, was introduced to control the cane beetle in 1935, but the outcome has been disastrous.

The cane toad was humanely euthanized, as per Australian law.

Conway National Park rangers in Australia last week removed a massive cane toad from the wild that weighed an estimated 5 lbs. The rangers were conduc

Conway National Park rangers in Australia last week removed a massive cane toad from the wild that weighed an estimated 5 lbs. The rangers were conducting track work at the park near Airlie Beach when they happened upon the massive amphibian. Ranger Kylee Gray initially stopped the vehicle to let a snake cross the road, and when Gray stepped out of the vehicle, she saw the massive amphibian. 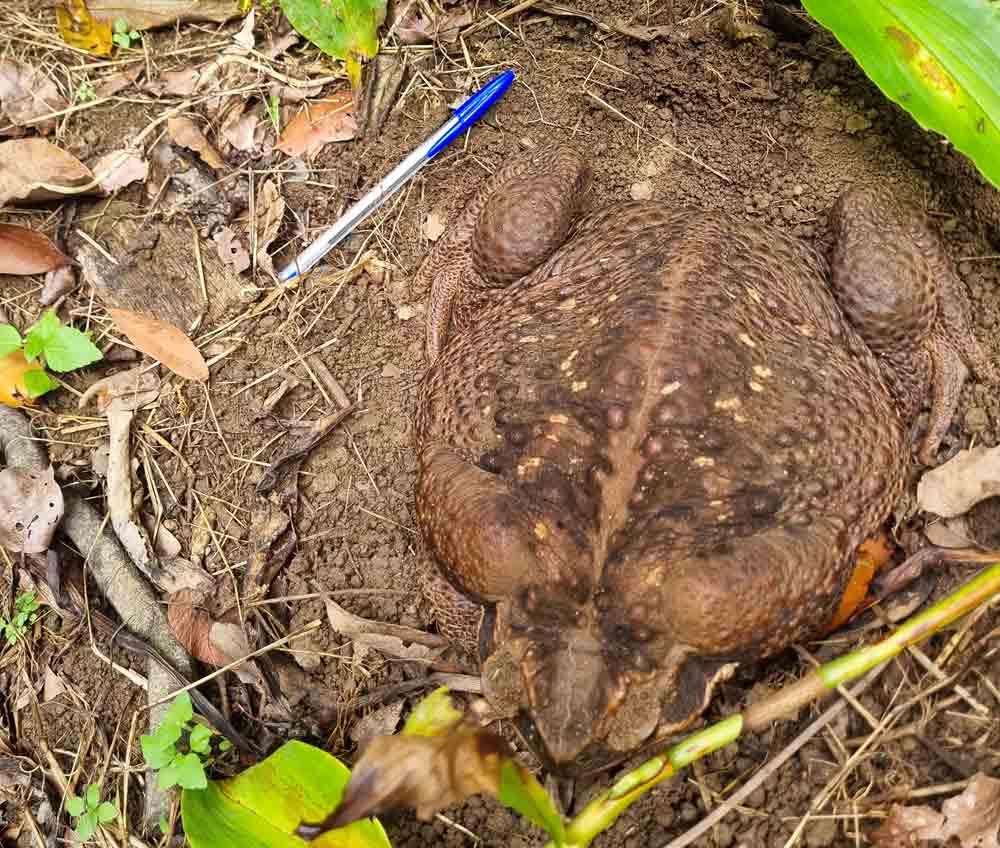 The massive toad weighs more than 5 lbs. Photo by Queensland Government’s Department of Environment and Science

“I reached down and grabbed the cane toad and couldn’t believe how big and heavy it was,” Gray said is a statement released by the Queensland Government’s Department of Environment and Science. “We dubbed it Toadzilla, and quickly put it into a container so we could remove it from the wild.”

“A cane toad that size will eat anything it can fit into its mouth, and that includes insects, reptiles and small mammals.

“We believe it’s a female due to the size, and female cane toads do grow bigger than males. When we returned to base, she weighed in at 2.7kg, which could be a new record.

The massive toad was found at an elevation of 393 meters and has created a lot of interest due to her size.  The toad was humanely euthanized, as per Australian law.

The now invasive cane toad in Australia, was introduced to control the cane beetle in 1935, but the outcome has been disastrous. The species is now widespread throughout northeast NSW and are nearing the border in north west NSW. The poisonous toads have been linked to the decline of several native species, including quolls, certain snake species and goannas. And with each female capable of producing 70,000 babies every year, the amphibians have gotten way out of hand, eating and outcompeting native species for food, and killing most everything that tries to prey on them.

Cane toads are native to the southern United States and Central and South America but have been introduced to other areas of the world, including islands in the Pacific and Caribbean, and in Australia, where the 16th episode of season 6 of The Simpsons, “Bart versus Australia” prominently featured Bart releasing a bullfrog, which is a direct reference to the introduction of the cane toad in Australia to protect sugar cane from the cane beetle. The cane toad has since become a living ecological disaster in the land Down Under.

They are fatally poisonous to many of the animals that eat them. They complete with native species for food and shelter, and are found in a range of habitats, thought not widely spread in the country’s rainforests. Females can lay up to 30,000 eggs every season, and they grow large, though most are around 1 to 2 lbs.