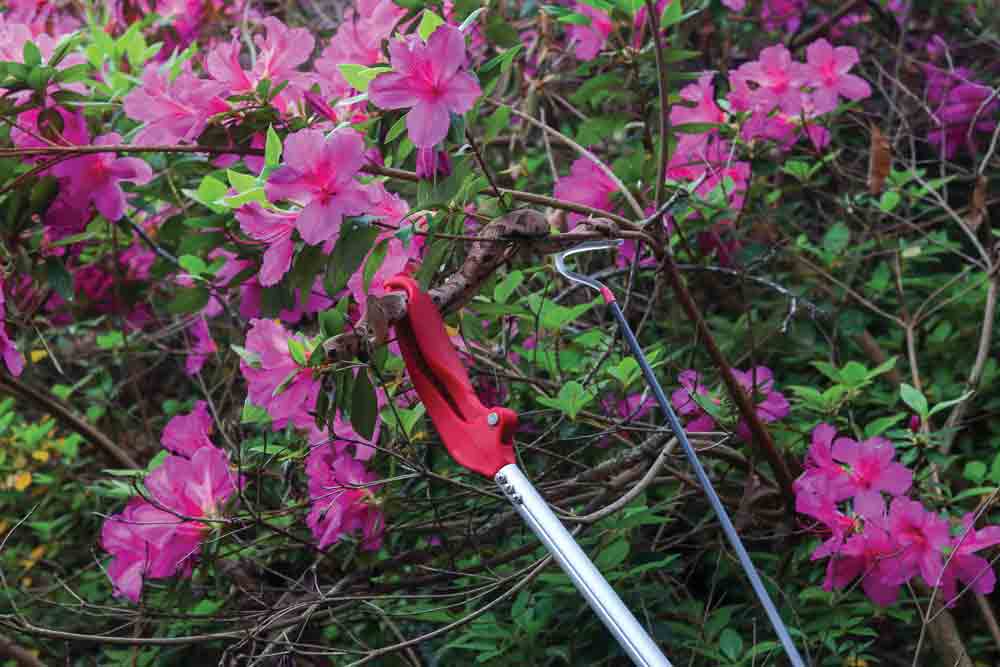 Educating the public about copperheads.

The Amphibian Foundation, an Atlanta, Georgia-based nonprofit organization, hosts a hotline to save copperhead snakes. Atlantans who believe they have

The Amphibian Foundation, an Atlanta, Georgia-based nonprofit organization, hosts a hotline to save copperhead snakes. Atlantans who believe they have spotted a copperhead can call 678-753-4302 for an identification, and a hotline volunteer will relocate the copperhead at no cost to the caller.

The Amphibian Foundation did not set out to rescue reptiles. Instead, local educators Mark and Crystal Mandica, launched this group in 2016 so they could prioritize amphibian conservation. Along with foundation staff and volunteers, the Mandicas work to reverse the demise of the world’s amphibians through public education and partnerships with other conservation groups.

The Mandicas recognized that Atlanta snakes also needed help after people began calling the foundation thinking they’d seen venomous copperheads (Agkistrodon contortrix). But callers confused other species like the Dekay’s brownsnake (Storeria dekayi), a tiny, slug-eating snake or water snakes of the genus Nerodia for copperheads. This is still true for most hotline calls.

Mark Mandica remembers, “I just suddenly became aware that snakes are being exterminated in Atlanta in large numbers, and it was because people thought they were copperheads.”
So the Mandicas created the Copperhead Rescue and Advocacy Program to educate the public about copperheads, other snakes, and their role in the environment. With the program’s copperhead hotline, people who think they have encountered a copperhead have an alternative to indiscriminately killing it. Because most snake bites occur when someone tries to move or kill a snake, the hotline also helps prevent injuries.

Vahab Rajaei, a Georgia Tech biochemistry student and volunteer head of the hotline, answers all hotline calls, identifies whether a snake is a copperhead from callers’ photos or videos, and if it is, alerts hotline volunteers that a relocation is necessary. The responding volunteer captures the snake and finds it a new home. Whenever possible, volunteers try to release copperheads away from humans but still in their familiar habitats near a water source and hiding places.

Rajaei recommends that anyone waiting for the arrival of a hotline volunteer monitor the snake’s general location but stay away from it. All eight hotline volunteers are trained and certified to handle venomous snakes, and callers should not endanger themselves or the snakes by getting too close.
Callers’ attempts to assist can also complicate a relocation. Rajaei remembers a call he received this past May about a copperhead at an apartment near Georgia Tech’s campus. Rajaei arrived with his equipment: a bucket with a screw-on lid and warning stickers, a fabric snake bag, and a snake hook. After he was led inside, he was surprised to see a cardboard box, taped shut with a hole in the top, sitting in the middle of the living room. Rajaei didn’t even ask how the caller had gotten the snake inside the box; he was focused on how he could remove the tape and get the copperhead into his bucket without injury. With a kitchen knife, he carefully cut the tape from a corner until he could use his hook to remove the remainder. With his hook, he opened the flaps of the box, lifted the snake, secured it inside his snake bag and bucket, and relocated it outside of the city.

Rajaei enjoys volunteering with the hotline because he wants to change the public’s view of all snakes. He says, “the opportunities that I’ve had to kind of open someone’s eyes and get them to hold a snake and realize that it’s not as harmful as they think or that they don’t need to like kill every snake they see … I think that just in and of itself is very rewarding.”

Maggie Gigandet is a Nashville-based freelance writer. You can reach her at www.maggiegigandet.com.