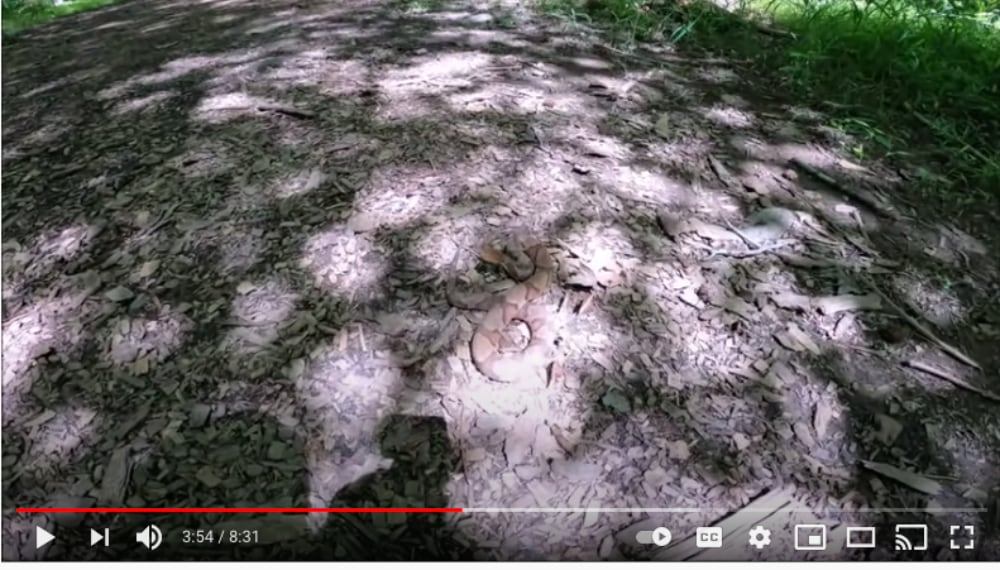 Man Out Herping Gets Bit By Copperhead Snake

Steven Johnson was out herping and recording video in Maryland for his YouTube channel when, while walking down a path, he was bitten by a copperhead

Steven Johnson was out herping and recording video in Maryland for his YouTube channel when, while walking down a path, he was bitten by a copperhead snake (Agkistrodon contortrix mokasen). Johnson was on a trail in the Marshy Point Nature Center in Baltimore County when he got bit.

“I felt like I had just run into a thorn bush like something had just hit my leg and I looked down and there’s a copperhead,” Johnson told WJZ June 24. “Oh no no no no no not good not good,” he said with the camera rolling when he realized he got bit.

He then looked down at the bite marks and called out to a fellow hiker to look for a ranger, telling the hiker he got bit by a copperhead. Park personnel came and told Johnson to stay calm, which he was throughout the entire episode. The Emergency Medical Service technician then directed him to sit down and stay calm while a park ranger placed a bucket on top of the venomous snake.

“I didn’t know there were copperheads in this area I have been herping this area my entire life, Johnson said on his YouTube show. “Copperheads aren’t known to be in this area. Fortunately for Johnson, he received a dry bite, in which the venomous snake did not inject any venom. And in the hospital, Johnson’s grandmother sent him a text imploring him to stop as he might end up like the late Steve Irwin.

Copperhead snakes are common in Alabama and throughout much of the Eastern Seaboard, from Southern New England to Maryland and westward to northern Alabama and southern Illinois. It grows to about 2½ feet in length and sometimes to 4 feet. They live from 12-20 years and feed on ground dwelling birds, small rodents, amphibians and lizards.