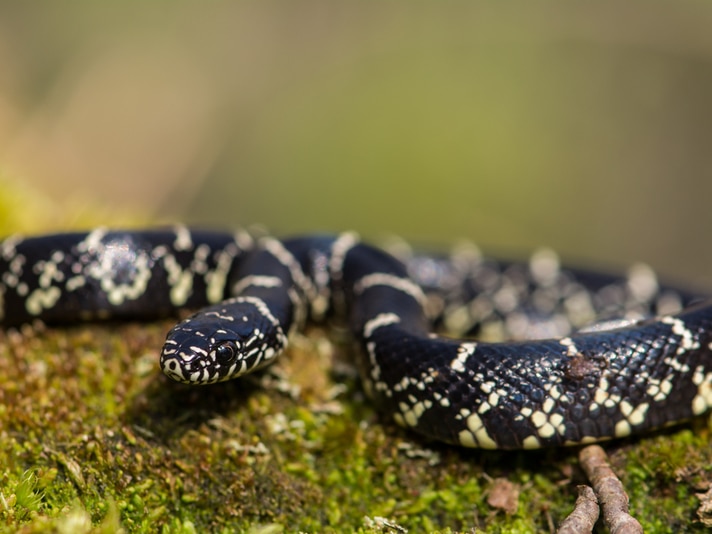 The decline of common kingsnakes (Lampropeltis getula) in Georgia has resulted in a rise in copperhead (Agkistrodon contortrix) populations, according to researchers who collected snake survey data to determine changes in population sizes of the two species in southeast Georgia. The copperhead is a common prey item of the kingsnake, which is immune to copperhead and rattlesnake venom. The researchers published their findings in the March 2014 journal Herpetologica. They deployed 377 traps throughout the state in a range of habitats and captured 299 kingsnakes and 2,012 copperheads. From that data, the researchers speculate that the decline in kingsnake populations leads to an increase in the population of copperhead snakes.

"What may be happening when the kingsnakes decline or are not present is it releases copperheads that are there from that predator pressure," Dirk Stevenson, a study author and assistant conservation scientist at the Orianne Society, a Georgia-based nonprofit dedicated to snake conservation told the Savannah Morning News.

There is no mention in the study as to why kingsnakes are in decline in the state, but Stevenson speculates that changes in fire suppression as pine habitat becomes shadier may have an impact, as these conditions favor copperheads. Other studies suggest that such man made things as habitat loss, death by vehicle, pollution, fire ants and over collection for the pet trade may have negative population impacts on the kingsnake populations in Georgia. Previous studies have suggested that habitat loss, road mortality, pollution, toxin buildup in their tissues, fire ants and overcollection for the pet trade could all play a role.

Kingsnakes, along with indigo snakes are immune to rattlesnake and copperhead venom. Both non-venomous, each preys on other snakes, including rattlesnakes and copperheads. While kingsnakes are very popular in the pet trade and are easily bred in captivity, the indigo snake is a state and federally threatened species.