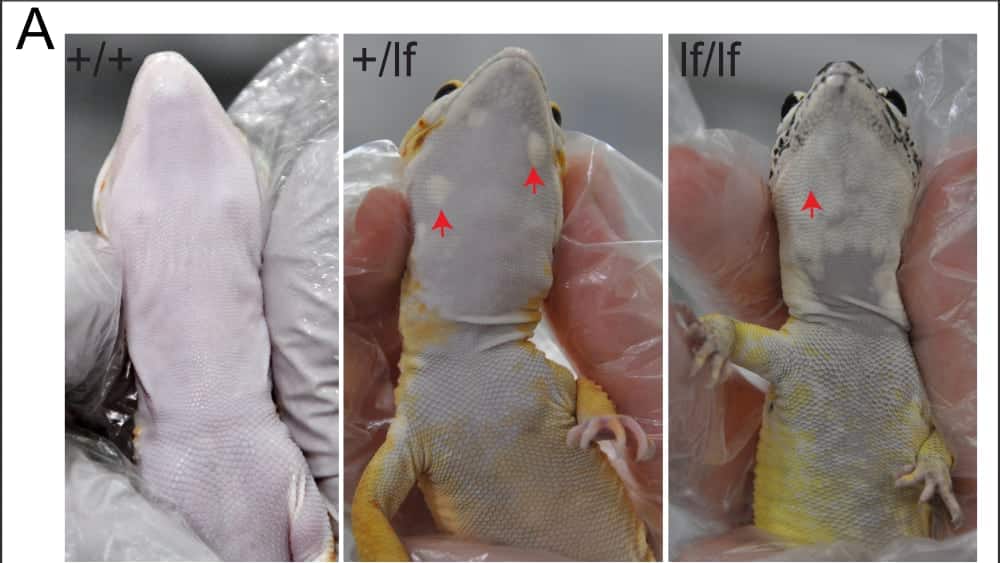 While unique leopard gecko morphs are always sought after amongst reptile keepers, some combinations create genetics that are detrimental to the lizar

While unique leopard gecko morphs are always sought after amongst reptile keepers, some combinations create genetics that are detrimental to the lizards. A case in point is that of the “lemon frost” leopard gecko morph. This morph has been show by researchers to contain a rare skin cancer from the reptile’s pigment producing cells known as iridophores, according to a story in Scientific American.

Reptile breeder Steve Sykes purchased a pair of the lemon frost leopard gecko morph from a breeder in 2015 and after a year breeding the male with other geckos, Sykes noticed some of the offspring were growing small white bumps on their bodies, which Sykes knew to be tumors. Sykes wanted to know if there was a way to breed the lemon frost morph free of the tumors, and if the coloration was linked to the cancers, so his geckos got into the hands of Leonid Kruglyak, an evolutionary geneticist with the University of California, Los Angeles.

Kruglyak and postdoctoral researcher Longhua Guo did some genetic work at the molecular level and determined that a single gene not only controlled the color of the reptile but also the cancer. The lemon frost morph contained a copy of a gene called SPINT1 that had mutated. The second copy of the gene the lizards possessed as well as both copies of other leopard geckos did not.

“It turns out that SPINT1 can explain what is going on here because SPINT1 has been reported in zebra fish, in mice and in humans. [Mutations in the gene] are associated with skin-cell tumors,” Guo told Scientific American.

The researchers believe the mutated SPINT1 copy makes the gecko overproduce these cells. This leads to a whiter background that makes the reptile’s coloration appear brighter, which could also cause the skin tumors later in life.

What is not known is why some geckos of this morph develop more aggressive cancers that their siblings and why the male lemon frosted gecko Sykes acquired in 2015, never developed visible tumors.

“Why does gecko A develop no tumors at all while gecko B has very slight tumors that stay completely dormant for a very long time and gecko C has tumors that are very fast-growing and very active?” Sykes mentioned to Scientific American. “That’s always been a question for me.”

Their research though may have an impact on cancer research in humans, and even perhaps creating diagnostics tools for detecting preclinical melanomas in people, according to the report.

As for Sykes, lemon frosts are no longer part of his breeding program.

“We’ve stopped breeding lemon frosts, and we have no intentions to start it up again in the future,” Sykes told Scientific American. “My goal is to produce beautiful, perfect, healthy geckos. And it doesn’t appear that it’s possible to separate the lemon frost gene from this tumor phenotype.”

The complete research paper on the Lemon Frost Leopard Gecko morph and cancer, “Genetics of white color and iridophoroma in “Lemon Frost” leopard geckos” can be read on the PLOS Genetics website.