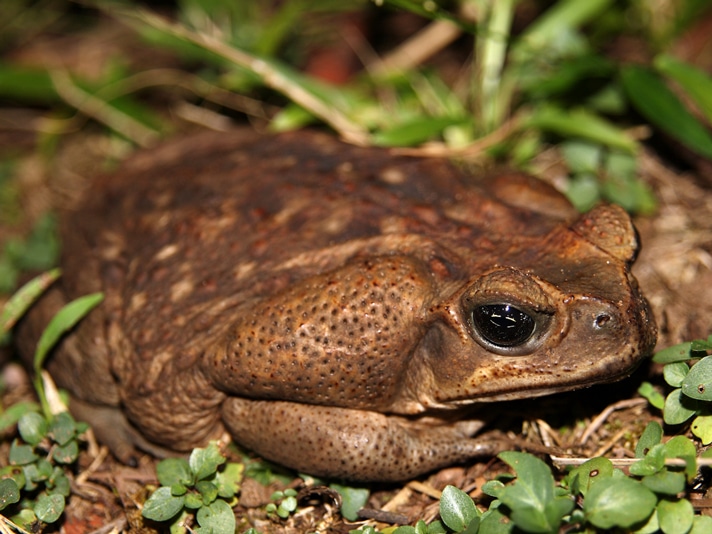 The cane toad, native to Central America, is invasive in Australia and Hawaii.

The cane toad  (Rhinella marina), invasive in such places as Hawaii and Australia, have the capability to rapidly adjusting to varying environmental conditions, according to a newly published study in the journal Conservation Physiology. 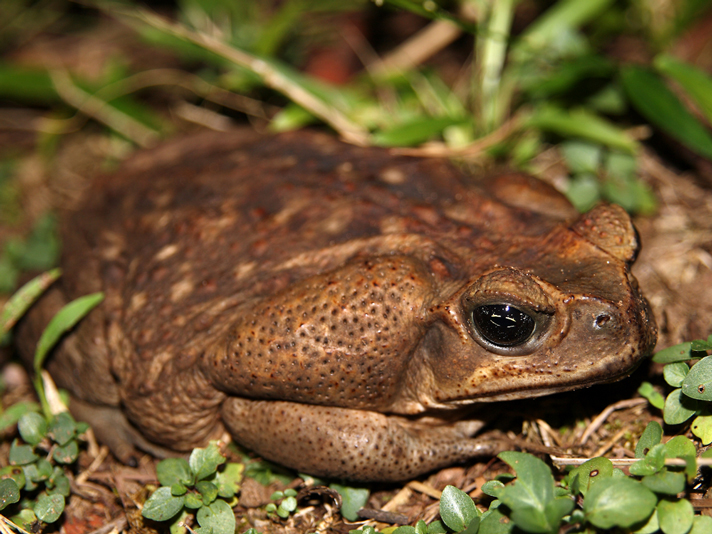 The cane toad, native to Central America, is invasive in Australia and Hawaii.

The study focused on the thermal tolerance of cane toads in Hawaii and Australian and found that some are quickly adapting to lower temperatures than what is their normal optimal environmental temperatures.

Certain cane toads in Australia and Hawaii exhibit very fast physiological plasticity, or the capability to adjust their characteristics based on the environments in which they are introduced. The researchers wanted to know whether this plasticity is present in all populations of the invasive amphibian or if it is only present in certain populations.

The researchers collected toads from New South Wales, the coolest Australian region, and found that they demonstrated plasticity while other toads collected from other environments didn’t exhibit plasticity and were unaffected by the thermal treatments that the toads were exposed to by the researchers. The researchers also tested lower thermal tolerances of adult cane toads from the Big Island of Hawaii and found that the toads from the cooler and wet regions quickly acclimated to cool conditions while those from warmer and drier areas of the Big Island did not.

"This new research confirms that cane toads' ability to rapidly adjust their thermal tolerance in response to cool conditions is present not only in cool climate populations of the toads in Australia," lead author Samantha McCann, a Ph.D Candidate at the University of Sydney said in a statement. "We know that this characteristic has evolved in an invasive toad population more than once, also presenting itself in high elevation areas of Hawaii. This discovery highlights the remarkable ability of cane toads to adjust to novel conditions, and is important for understanding the role of physiological plasticity in facilitating biological invasions in general."