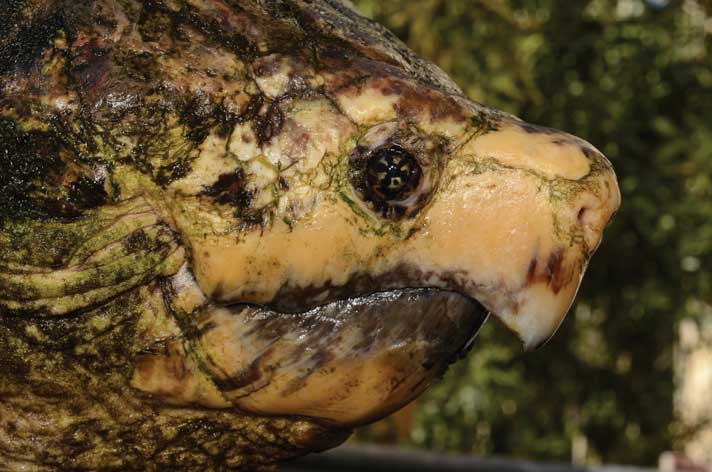 Can A Reptile Be Partially Albino?

Gulf Coast box turtles and alligator snapping turtles are two turtles in which males sometimes lose pigment on their heads when fully mature.

Are Snakes Venomous Or Poisonous?
Herp Queries: Are Just A Few Reptile Species Dominating The Hobby?
Are Gila Monsters And Chuckwallas Look-Alike Lizards?

Question: Can animals be only part albino? I found a box turtle with an albino head – only the head. Is that crazy or what? Is it worth something to a breeder? 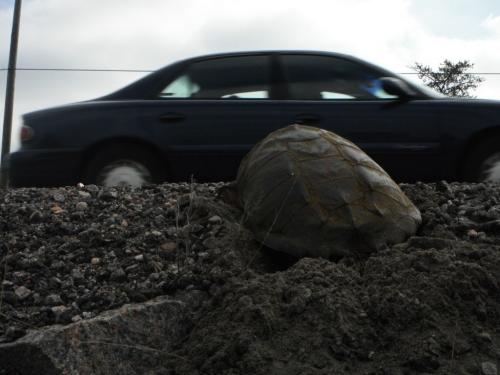 Answer: I’ve seen many examples of partially pigmented herps, but none in which I’d deem the unpigmented portion of the animal to be lacking only black as in ‘true albinism.’ I use quotes because the term albinism has been reinterpreted and misinterpreted so often in herp circles that it’s striving to become synonymous with any pale aberration of color that occurs anymore.

What I have seen many times in certain kinds of turtles is a tendency for the heads of large, old specimens to turn yellow or white. It seems to happen mostly to large males, though occasionally older female box turtles will show it too. I’ve thought of it as analogous to older men losing hair in a chelonian. It seems harmless, but definitely isn’t the same as when a genetic anomaly causes the loss of all dark pigment from birth.

Gulf Coast box turtles (Terrapene carolina major), native to your region, seem particularly prone to this phenomenon, especially large males. You may keep one or two specimens as personal pets in Florida, but all box turtles from the state are protected from commercial exploitation. Besides, this trait takes many decades to show up, so no herpetoculturist would want to invest in such a long-term project.