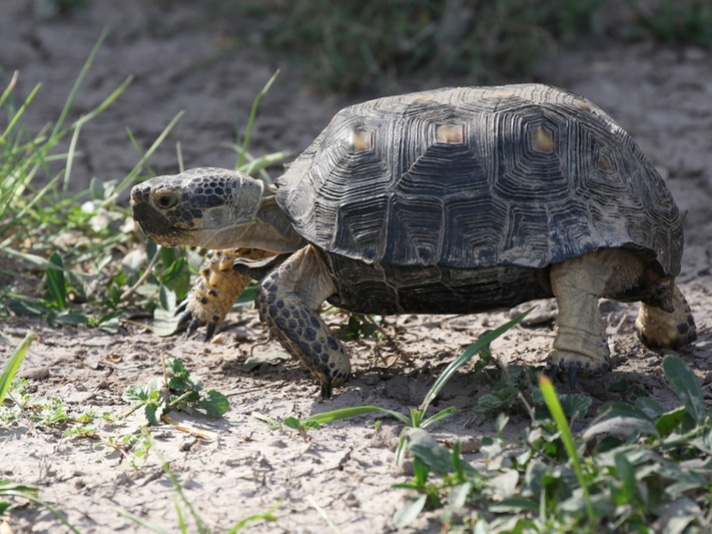 The Texas tortoise is the only native tortoise in Texas.

The Texas tortoise (Gopherus berlandieri) is listed as a threatened species in the state of Texas, and Biologist Kelly Norrid with Texas Parks and Wildlife is hoping that he can safely move some or all of the tortoises that are in his possession to the Abilene Zoo, where they can be cared for properly.

"As long as I can get them to a good place where I know that they can be taken care of, and that is properly permitted to have them, that was the whole go of this," Norrid said.

Norrid is currently in possession of five Texas tortoises that were confiscated from folks who lacked the permit to keep them. The issue now is how Norrid will get the number of tortoises the zoo said it could accommodate, safely to Abilene from Houston, a distance of about 354 miles.

Norrid received permission to deliver the tortoises to the zoo, but the question is how.

"We'll work with them to see potentially meeting halfway, us potentially going down there, or them coming up here," Bill Gersonde, executive director of the Abilene Zoo, told Big Country Homepage. "The animal does need to be transported in a climate controlled vehicle."

The Texas tortoise is the only native tortoise species in the state of Texas, Norrid, said. It is also the smallest of the North American tortoises, growing to about 8 to 9 inches in carapace length.   It is not a very good burrower, unlike other gopher tortoise species. It prefers dry scrub and grasslands and eats succulent plants.