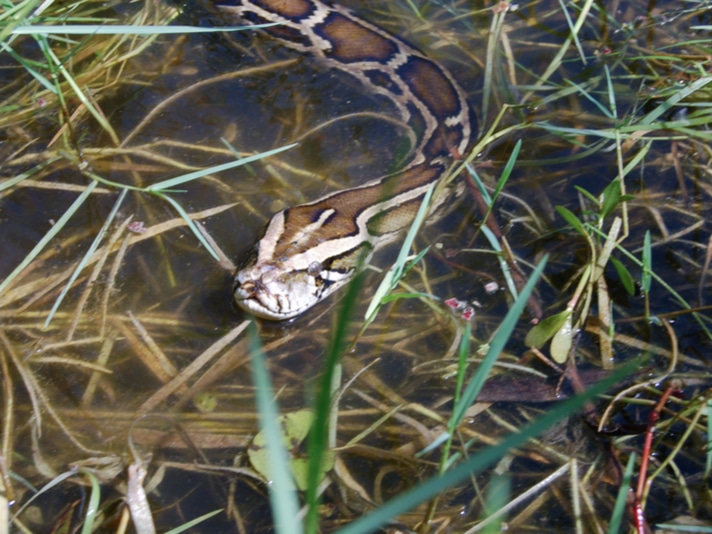 Researchers say a crossbred snake could create a super snake that takes the best traits of both species.

Researchers studying the genetics of the invasive Burmese python (Python molurus bivittatus) in the Everglades have uncovered a small number of hybridized Burmese and Indian pythons (Python molurus) in their research, which they say could create a super snake that retains the best traits of both species. 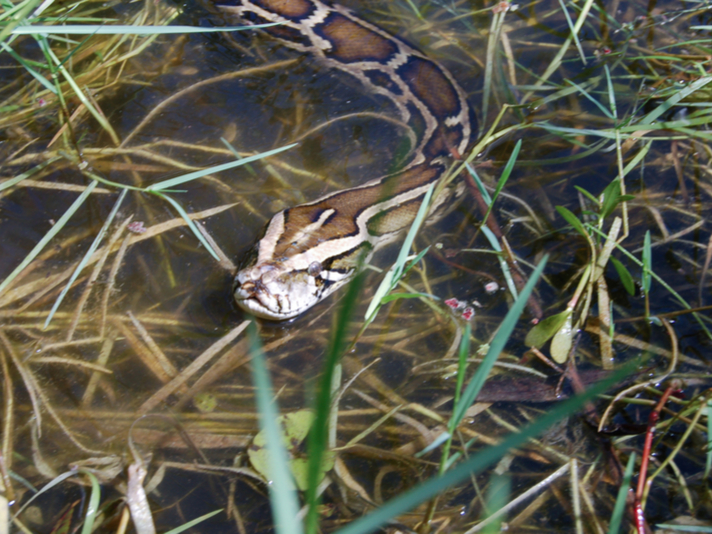 The Burmese python is crosbreeding with the Indian python.

Researchers with the U.S. Geological Survey were initially studying the genetics of the Burmese python in an effort to better get a grasp of how they spread and what could be done to control them. They took tail tissue samples of 400 snakes that were captured in south Florida, and of the 400 sampled, the researchers found genetic markers for the Indian python in 13 snakes, which the researchers say, over time, could create a super snake, as both species prefer different environments, with the Burmese python adapting well in the swamps, and the Indian python, also called the Indian rock python, preferring dryer and elevated ground. 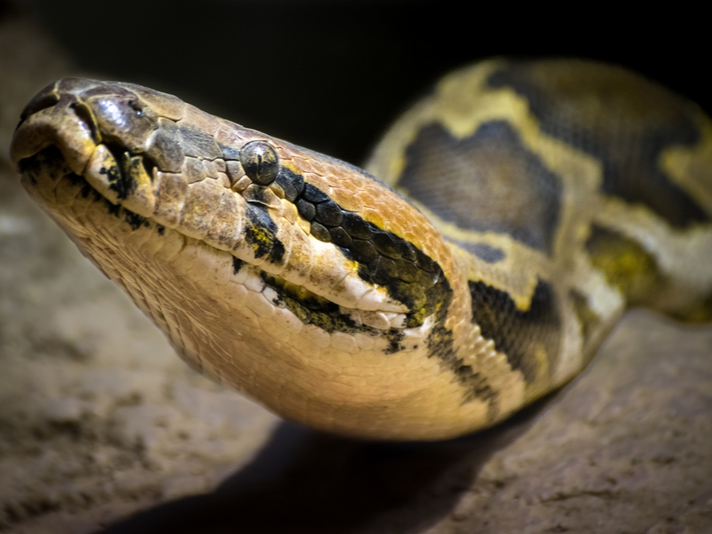 Researchers have found 13 pythons in the Everglades with Indian python genetic markers.

“If the Indian pythons have a wider range, perhaps these Everglades snakes now have that capability,” lead author and USGS geneticist Margaret Hunter told the Miami Herald. “It’s quite interesting and quite surprising, but we don’t know the extent it’s in the population.”

The researchers looked at the data and found that while there was low diversity among the Everglades Burmese pythons, which was expected considering they were descendants of a breeding facility that had been destroyed during a storm, that lack of diversity had little effect on the populations of the reptiles, as they have rapidly adapted. But the 13 with the Indian python genetic marker may further diversify the gene pool of the large constricting snakes in south Florida and could perhaps change the population dynamics of the species and the localities in which they could migrate to.

“We were initially looking for the population structure to get some information to shed some light on the invasion dynamics, or the core areas where the population may be breeding and then sending off migrants,” Hunter told the Miami Herald.

“Such a large population allows them to rapidly adapt,” Hunter said. “If some animals die out because of climatic issues, there are other animals that may not die out.”

The complete paper, "Cytonuclear discordance in the Florida Everglades invasive Burmese python (Python bivittatus) population reveals possible hybridization with the Indian python (P. molurus)" can be read on the Ecology and Evolution website.