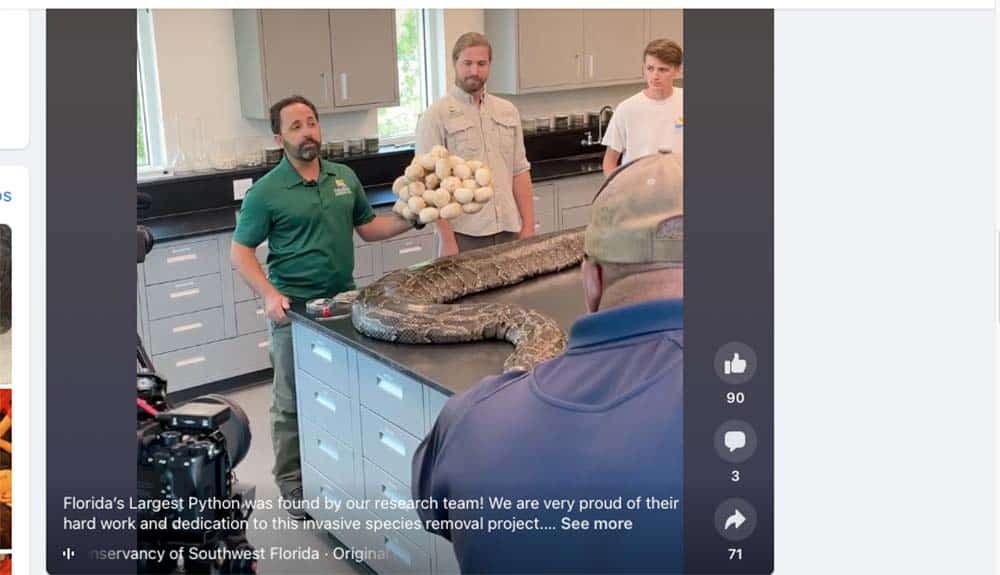 The snake weighed 215 pounds and was nearly 18 feet in length.

Since the launch of the conservancy’s python program in 2013, more than 1,000 pythons weighing more than 26,000 pounds have been removed from 100 square miles in southwestern Florida.

The Conservancy of Southwest Florida has removed what it calls the largest Burmese python (Python bivittatus) ever to come out of the Everglades, with the snake weighing in at 215 pounds and nearly 18 feet in length. The female snake was captured with the help of a male Burmese python outfitted with radio transmitters. The male seeked out and found the female, which enabled the researchers to locate and remove the big snake.

“We are very proud of the team’s hard work and dedication to this invasive species removal project, the Conservancy wrote on Facebook. “Our invasive Burmese python research and removal project has been ongoing since 2013. This long-term collaborative radio-telemetry research project allows us to track males to large reproducing females.”

“The male pythons which we refer to as scout snakes, lead us to large, reproductively active female pythons,” Ian Bartoszek, wildlife biologist and environmental science project manager for the Conservancy of Southwest Florida said in a press release put out by the conservancy. “This female is the largest female captured by mass, by weight in the state of Florida, and definitely the largest on our project by far and a very impressive animal. During necropsy here. . . we documented 122 eggs in this python. An average clutch of eggs is around 43.” 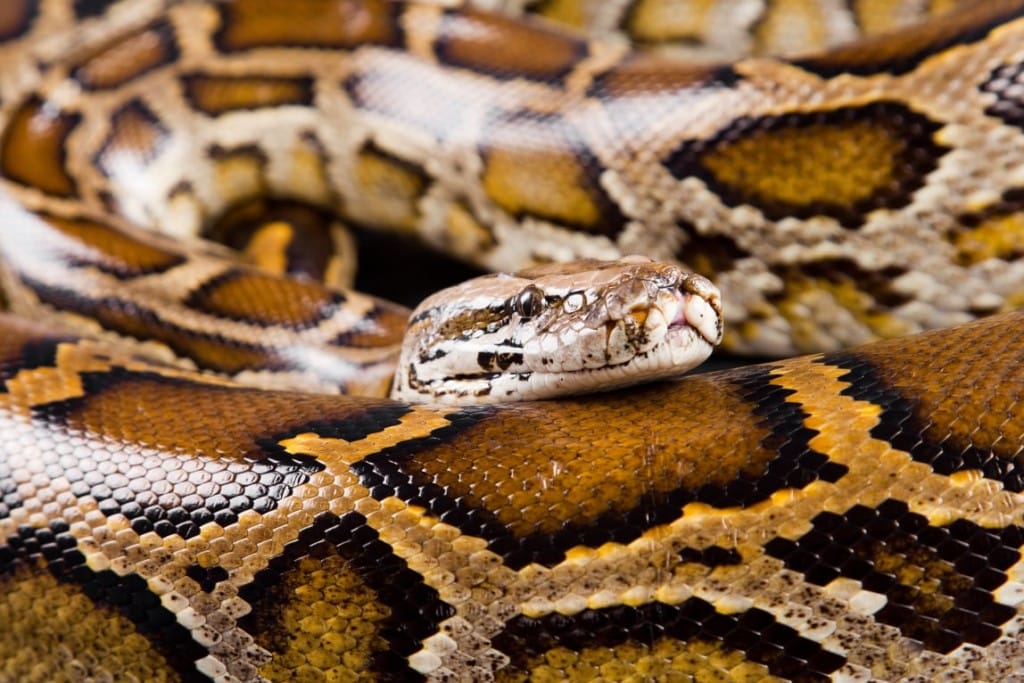 Since the launch of the conservancy’s python program in 2013, more than 1,000 pythons weighing more than 26,000 pounds have been removed from 100 square miles in southwestern Florida.

While the Burmese python is considered an invasive species in the state of Florida, in its native Southeast Asian range, the large constrictor is listed as Vulnerable by the IUCN. In its natural habitat, the snake can be found in eastern India, Nepal, Western Bhutan, Bangladesh, Myanmar, Thailand, Laos, Cambodia, Vietnam Malaysia souther China, Hong Kong, and Indonesia. It inhabits marshes, swamps, foothills, woodlands, jungles, and grasslands. IN the Untied States, the snake is confined to southern Florida in the Florida Everglades, though one was found in northern Florida as well as the Florida panhandle’s coastal areas. It has not been found outside the state of Florida.