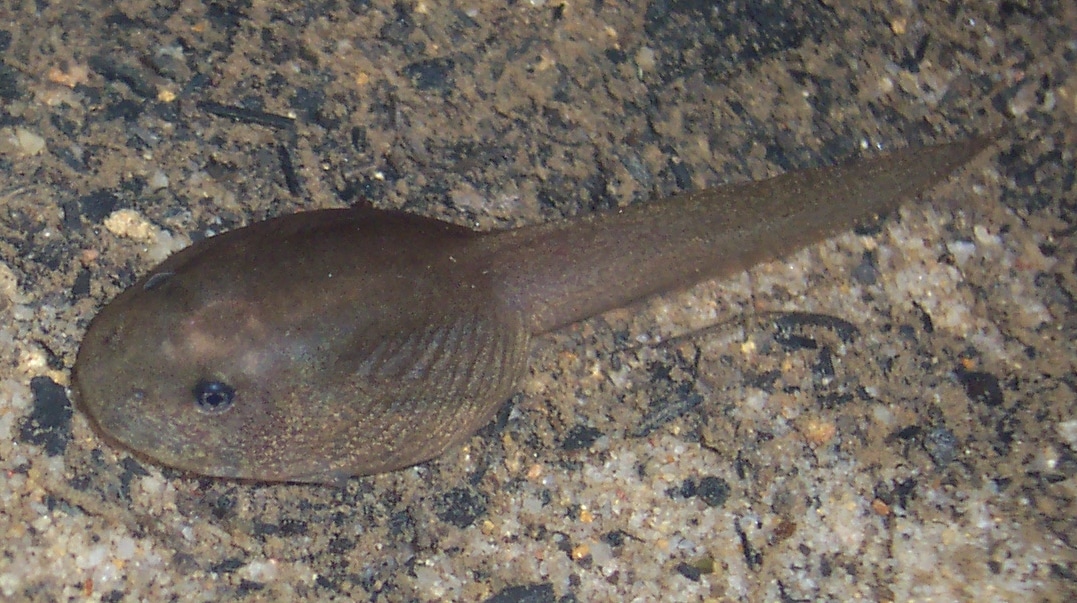 Zoos Victoria has announced that 15 of 100 giant burrowing frog (Heleioporus australiacus) tadpoles have grown legs and have metamorphosed, a first fo

Zoos Victoria has announced that 15 of 100 giant burrowing frog (Heleioporus australiacus) tadpoles have grown legs and have metamorphosed, a first for the zoo since launching a captive breeding program for the rare amphibian back in March.

“We got over 100 tadpoles in the initial collection. In the wild, there’s a certain level of mortality but so far we’ve been doing really well and getting all of them through,” amphibian specialist Adam Lee told the Guardian. To have no mortalities so far is good, and you expect it going through the different developmental stages.”

“I was definitely a helicopter dad for a bit at the start,” Lee said. “Checking on them daily. Making sure the water conditions were right, making sure we weren’t having issues with water quality and making sure they were feeding well and no signs of disease.”

The giant burrowing frog, also known as the eastern owl frog, is listed as threatened in New South Wales and the Central and East Gippsland, has been negatively affected by logging, land clearing and predation from feral cats and dogs. The amphibian is also listed as vulnerable by The International Union for Conservation of Nature (IUCN).

Heleioporus australiacus is a large frog, growing to around 10 centimeters in length (3.9 inches), and is the largest frog species in Victoria. It is found in sandstone heathland, wet and dry sclerophyll forest from north Sydney to eastern Victoria. It is grey, dark brown or black in coloration on its back and white on its belly. It has yellow spots on the side and a yellow stripe on its upper lip. It is also sometimes mistaken for the crane toad based on its size.