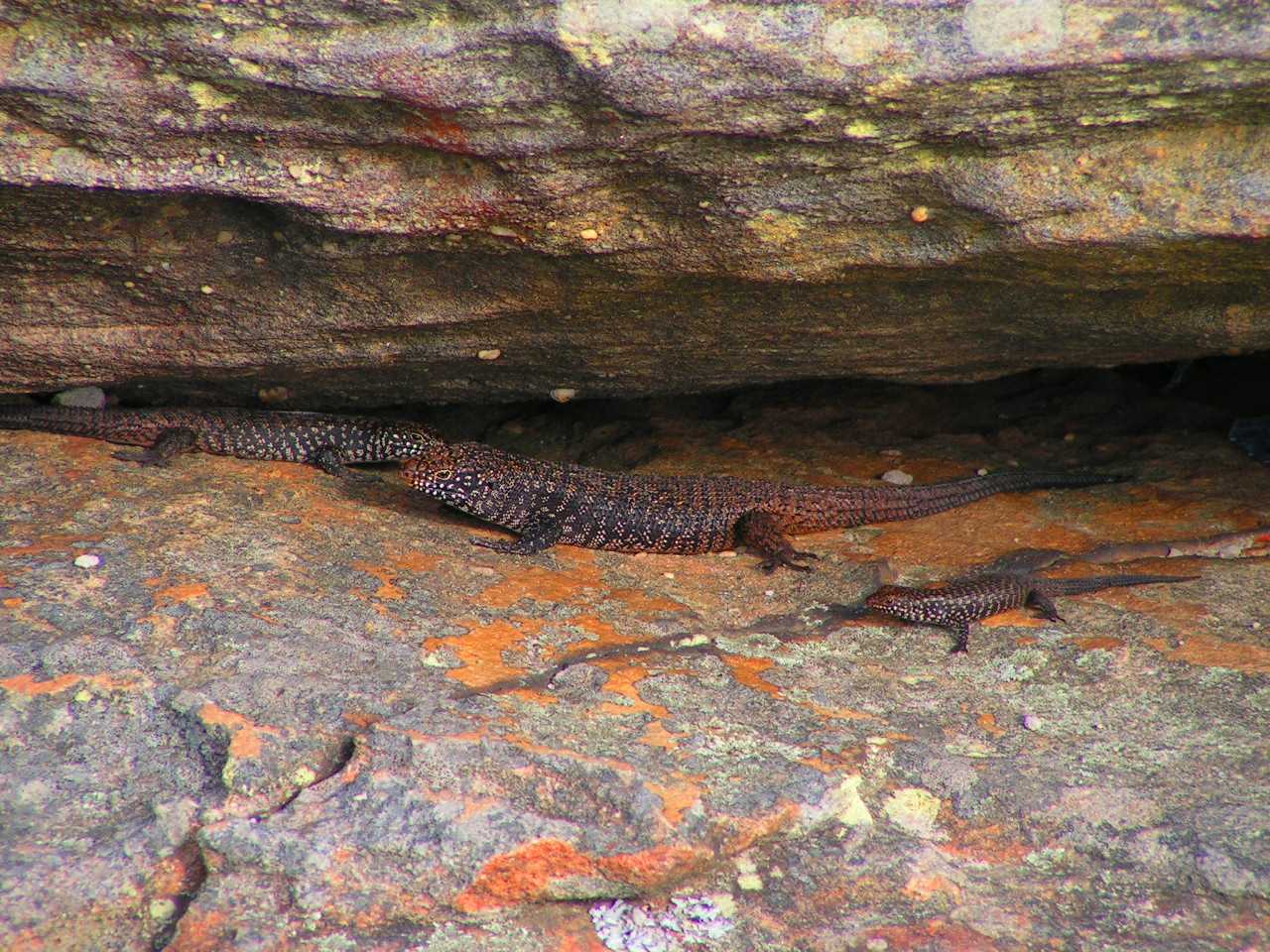 The Cunningham’s skink (Egernia cunninghami), a large skink native to southeastern Australia, protect their young from predators, according to a new s

The Cunningham’s skink (Egernia cunninghami), a large skink native to southeastern Australia, protect their young from predators, according to a new study published in the Australian Journal of Zoology.

The relatively large skink has been observed fighting off eastern brown snakes (Pseudonaja textilis) and chasing birds away in an effort to keep their young from being eaten.

“The majority of reptiles exhibit no parental care, and aggressive behaviour towards unwelcome predators has rarely been recorded in the natural environment,” Dr. Greg Watson, lead researcher in the paper said in a news release put out by the University of the Sunshine Coast.

“Among reptiles, evidence of parental protection in their natural environment has been typically anecdotal. A few studies of members of the crocodile family and an egg laying lizard have been previously documented,” Dr. Watson said.

Dr. Watson and his wife, Dr. Jolanta Watson, using cameras, documented the interactions between the Cunningham’s skink and eastern brown snakes and magpies in Australia’s Snowy Mountains over the course of three years. They studied the behavior and ecology of these reptiles when they witnessed the protective behavior of the adult skinks toward their offspring. These documented encounters, Greg Watson says, shows that parental care among lizard species may be more sophisticated than previously thought. They recorded footage of a female skink biting an eastern brown snake to prevent the snake from eating the young skinks. Another recording detailed two adult skinks biting another eastern brown snake and dragging it away from the juvenile skinks.

Aussie Gets Bitten By Eastern Brown Snake Then Grabs A Beer

“Our observations of aggressive biting and pursuits by adult skinks may shed new light in relation to parental behaviour and offspring survival mechanisms in live-bearing lizards.”

The researchers found that the live bearing lizards live in large social groups, with the offspring staying with their parents for several years after they are born. They also found no signs of aggression toward the young skinks or between adult skinks, even though other skink species are known to kill their offspring.

“For the majority of lizard species, we have a limited understanding of the functional significance of these associations,” Dr. Jolanta Watson said.
“We evidenced no such behavior among the Cunningham’s skink, and both sub-adult and adult skinks demonstrated no aggression toward each other or toward young or newborns,” she said. “Understanding the factors that initially bring parents and offspring together and stabilize those associations is crucial for our understanding of social evolution more broadly.”

The Cunningham’s skink, also known as the Cunningham’s spiny-tailed skink, is native to southeastern Australia and is one of the larger skink species in the family  Scincidae. It grows to up to 16 inches in length and is a communal species, sharing space in rocky outcrops and hollow logs with other Cunningham’s skinks. An omnivore, the Cunningham’s skink feeds on insects, flowers, berries, fungi, and leaves and young shoots. A livebearer, studies have shown that the reptile avoids inbreeding and has shown to maintain outbreeding.