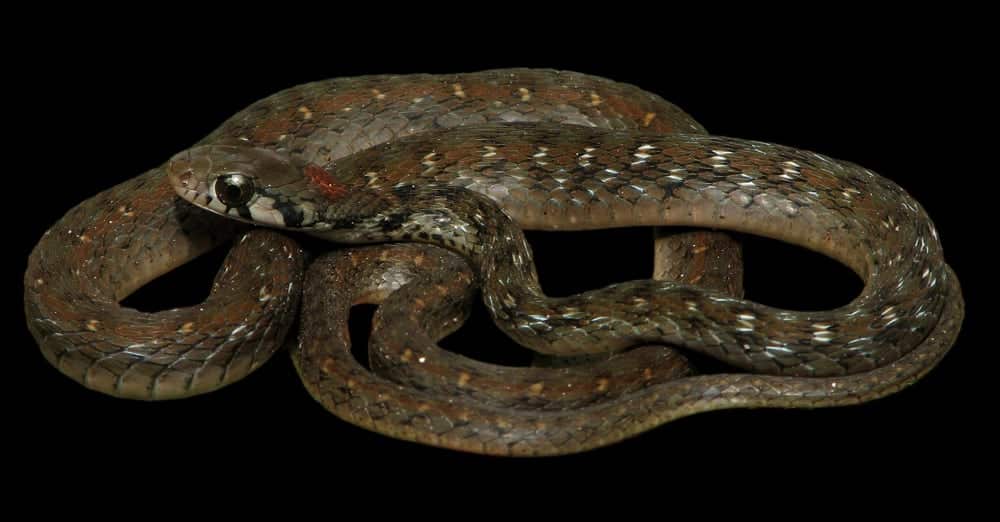 Researchers have described a new species of snake of the genus Rhabdophis discovered in a forested region of Northeast India. The snake, Rhabdophis bi

Researchers have described a new species of snake of the genus Rhabdophis discovered in a forested region of Northeast India. The snake, Rhabdophis bindi, is similar morphologically to the Himalayan red necked keelback (Rhabdophis himalayanus), but lacks a nuchal groove and nuchal glands. It also is smaller than R. himalayanus and has a distinct neck, ventral and sub caudal coloration. Rhabdophis bindi is also restricted to lowland forests while R. himalayanus is found in the mountains. It is 60 to 80cm in length.

“The species is named due to its unique red marking on the back of the neck reminiscent of the red beauty spot adorning foreheads of Indian women called ‘bindi’,” Abhijit Das Wildlife Institute of India told Hindustan Times. Das first discovered the snake in 2007 and since then, 10 more snakes were found at elevation below 100m.

“It took 14 years from the time it was first seen till it was classified as a new species because we had to compare the new one with all other closely related species found in different countries and had to study many specimens from across the world. It also took time to do genetic analysis of the species,” said Das.

The Rhabdophis genus is in the subfamily Natricinae of the family Colubridae. They are also known as keelback snakes and are found mainly in Southeast Asia and South Asia. Some species are indeed poisonous due to their salivary glands which secrete poison derived from the poisonous toads that they eat. The poison is absorbed into their blood stream and then stored in their salivary glands. This poison is then secreted from the glands when they bite their prey, effectively using the toad poison as venom.