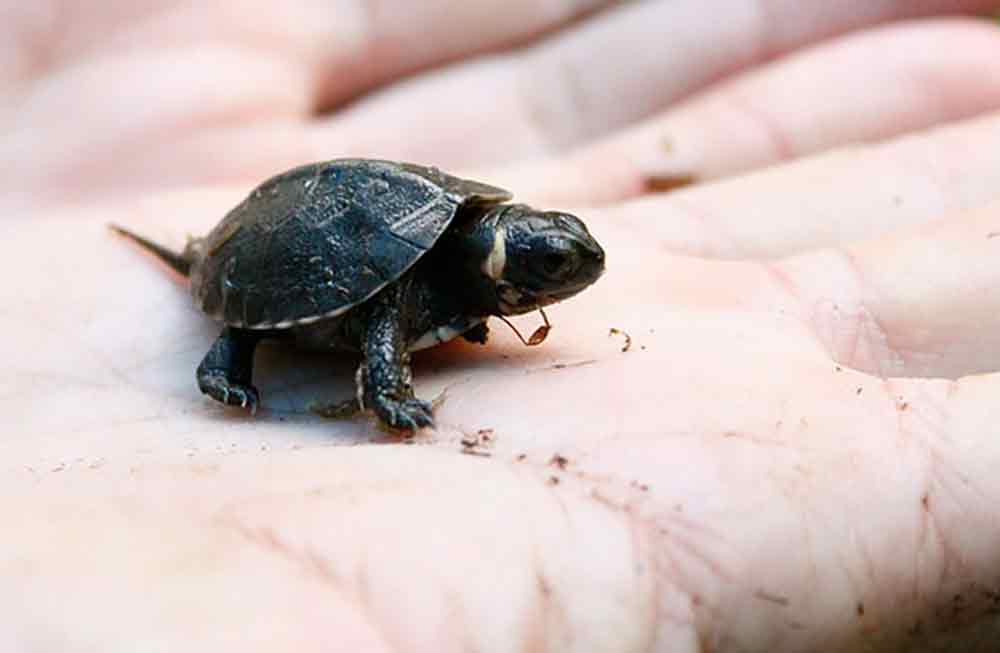 The bog turtle is the smallest turtle in North America.

The bog turtle is listed as a critically endangered species by the IUCN.

Zoo Atlanta announced June 8 that it has successfully hatched a bog turtle (Glyptemys muhlenbergii), the smallest turtle in North America and a critically endangered species. The turtle that hatched May 21, 2022 is the first bog turtle to hatch at the zoo since 1992.

“This is a truly thrilling birth for us at Zoo Atlanta, not only because bog turtles are critically endangered, but also because we have not seen this species reproduce here at the Zoo in three decades,” Jennifer Mickelberg, Ph.D, and vice president of collections and conservation said in a statement released on the Zoo Atlanta website.

The zoo’s captive breeding program includes a single male and two females. This year is the first year the turtles successfully nested, and the single egg was artificially incubated. The zoo noted that the three turtles in the program, born in 2014 and 2015 are still young to have reproduced.

The hatchling and the zoo’s two adult females remain behind the scenes at the zoo while the male can be viewed in the zoo’s bog turtle habitat, located in the zoo’s eXtremes building of Zoo Atlanta’s Scaly Slimy Spectacular complex.