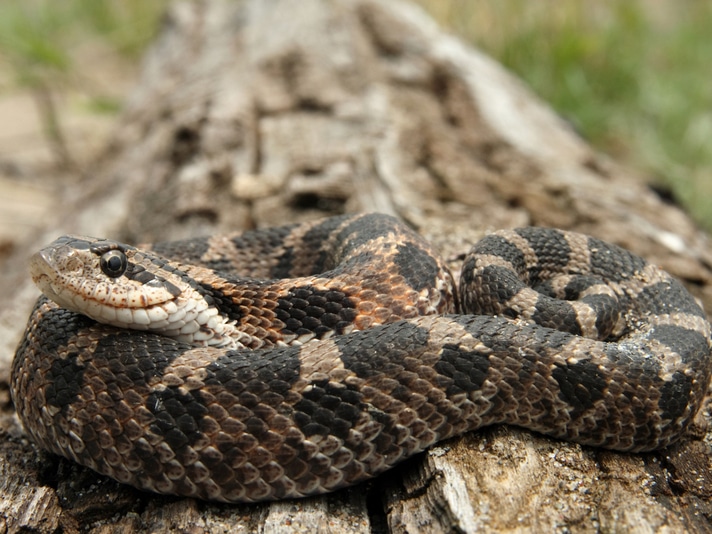 it is speculated that the snake may tried to cool down and was pulled out to sea by currents or got disoriented and swam out.

Passengers on a whale watching boat off Race Point Beach in Provincetown in Cape Cod, MA got to see more than just whales last week as an eastern hognose snake made a debut far out to sea, swimming next to the boat.

The crew and passengers were waiting for a humpback whale mother and calf duo to resurface when someone yelled “snake.”

“We were stopped and waiting for a mother and a calf humpback to resurface and I noticed the people on the bow of the boat all looking at something below them in the water,” Joanne Jarzobski, a marine biologist who was on the Hyannis Whale Watcher boat, told the Cape Cod Times. Jarzobski thought someone had seen an eel rather than a snake, but when she got a close look at it, she confirmed that it was indeed a reptile, an eastern hognose snake. 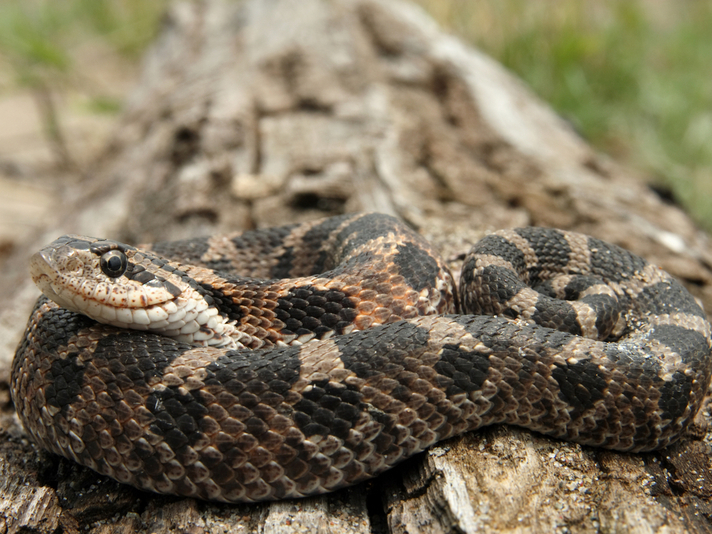 The eastern hognose snake can be found all along the Atlantic seaboard from New England to the southern tip of Florida.

“None of us have seen a snake out here,” Jarzobski told the Cape Cod Times. Jarzobski, who has been working on the  Hyannis Whale Watcher for five years, has spent more than 20 years on the Atlantic Ocean.

“A hognose might enter water to cool down or disperse to a different area; as far as I know there are no accounts of them actively foraging while swimming,” Scott Buchanan, a herpetologist at the Rhode Island Department of Environmental Management told the Cape Cod Times. “But to see it so far out and in salt water is certainly puzzling,” he said.

Buchanan, who has studied the eastern hognose for several years, said there have been two accounts since 1920 of an eastern hognose snake swimming in the ocean; one swimming along a beach in New Jersey in 1920, and another spotted swimming a half mile out in brackish water on the York River in Virginia in 1972.

Buchanan believes the reptile either got disoriented trying to cool down and swam away from shore or got pulled out to sea by the currents.

The crew tried to figure out how to capture the snake, but because the boat sits high above the water, they were unable to catch the snake.

Hopefully the wayward reptile finds its way back to shore.

The eastern hognose snake can be found all along the Atlantic seaboard from New England to the southern tip of Florida. It grows to 18-45 inches in length and lives from 8-12 years.