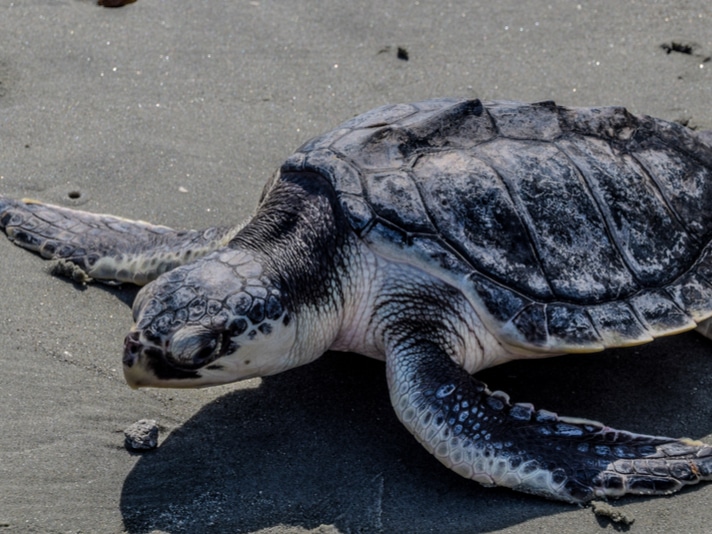 Western Pond Turtle In California With Cracked Shell On The Mend
Urban Legend? Is There Any Evidence Of A Green Anaconda Swimming In New Jersey’s Lake Hopatcong?
Florida Urged To Require Turtle Excluder Devices For Blue Crab Traps

A critically endangered Kemp’s ridley sea turtle (Lepidochelys kempii) was found dead, washed up on a north Florida beach, trapped in a barstool.

This is so very sad, and so easy to stop. Please do not leave your items, anything, on the beach. We did get this…

The South Walton Turtle Watch posted a photo of the turtle, a female, on its Facebook page, which showed the turtle stuck in the barstool and then after volunteers with the organization removed the turtle from its death trap.

Some of the more than 235 comments on the South Walton Turtle Watch Facebook page ranged from laying blame toward those who leave stuff on the beach to some wondering if the barstool could have been washed out to see by a hurricane, to some wishing to start crews to help clear the beaches of Florida each night. 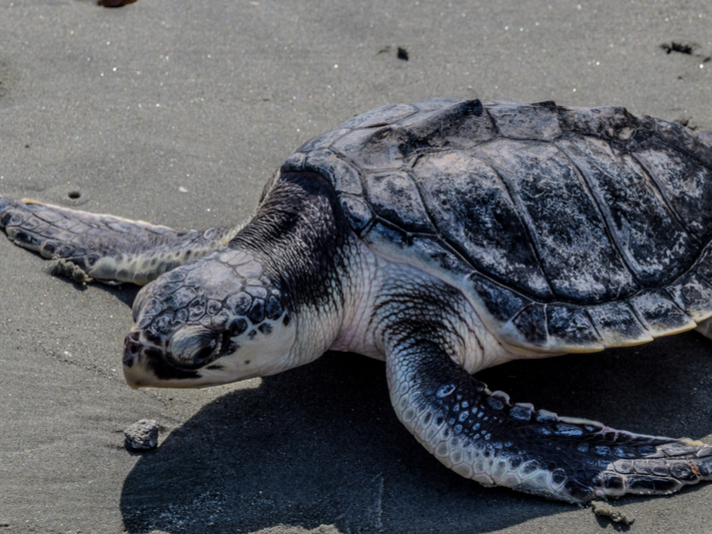 Judging by the algae that had accumulated on the barstool, it appears that it has been in the water for some time. And while it may have been washed out to sea, the world's oceans are still being used as a trash can by many.

Southern California storms often cause a lot of flotsam to wash up on its shores. I have personally seen old computer monitors, plastic patio chairs, countless water bottles and tennis balls, and even car rims wash up onto the beach. We as stewards of the world's oceans can and will do better. Sea turtles are born with the odds already stacked against them. It is shameful that this female had to die a totally preventable death.

Kemp’s ridley sea turtles are the rarest sea turtles and are critically endangered. It is a small turtle, averaging about 25 to 30 inches in length and around 100 lbs. The turtle lives mostly in the Gulf of Mexico and warm waters of the the Atlantic Ocean.