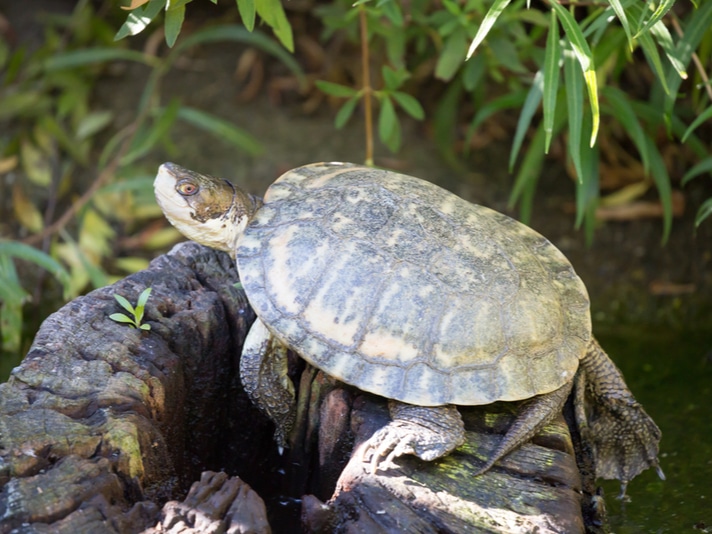 The western pond turtle (Emys marmorata) is again thriving in San Francisco’s Mountain Lake thanks to an effort to clean the lake up and restore it to how it was decades ago. The lake had been poisoned with pesticides from an adjacent golf course and runoff from the highway built next to it had polluted it.  People over the years released unwanted goldfish, non-native turtles, and even an alligator into the lake.

“The western pond turtle is one of those species that existed centuries ago here in San Francisco,” Dana Pope of the Presidio Trus told CBS San Francisco. “They used to be very common in lakes and ponds. Unfortunately, they pretty much disappeared.”

The lake was planted last summer with 55 western pond turtles, each outfitted with a transmitter to track their movements. So far, just one has died.

Prior to the man made degradation that occurred at the only natural lake in the Golden Gate National Recreation Area, Mountain Lake was home to the Western pond turtle, and now that the nearly 10 year cleanup of the lake is winding down, the turtles have come back, along with other species that are native and non-native to the lake waters near the Golden Gate Bridge.

“Having all these species work together is a sign of the health, that the lake is healthy and functioning again,” Pope said.