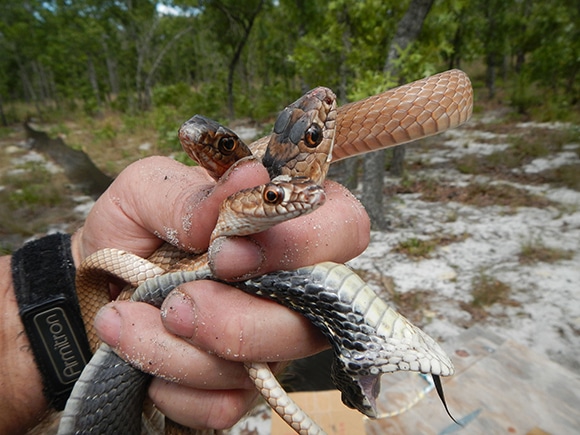 You can report locations of these snakes on the FWC website.

For those who reside in Florida or will be going to Florida this year, the state’s Fish and Wildlife Commission has guidelines to help them survey snakes in the state. 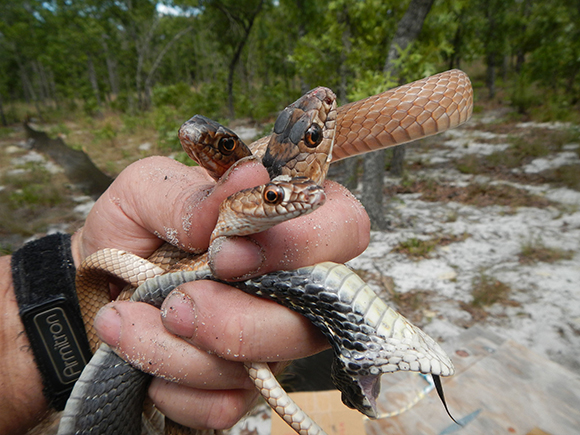 Can you guess which one is the hognose?

For those herpers in Florida who wish to report sightings, the FWC has guidelines that you can follow to help their efforts.  Visit the MyFWC website here and click the links for the Florida pine snake, eastern diamondback rattlesnake, short-tailed snake, and southern hognose snake for more information.

The researchers with the commission found 13 Florida pine snakes during the first month of the 2015 survey, in all four survey locations that they had set up. They also found two diamondback rattlesnakes and the southern hognose snake. While the three species are of special concern to the FWC, other species that they find are also counted during their surveys.