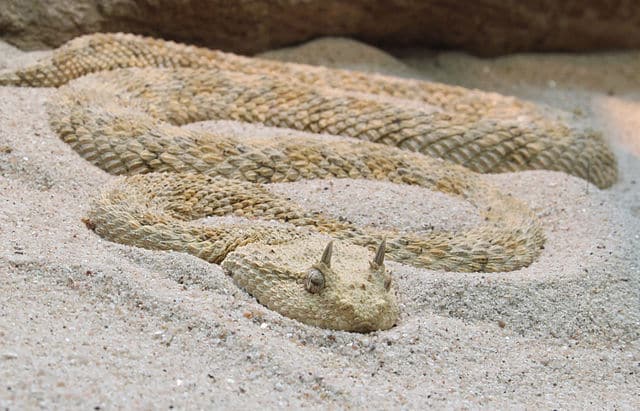 A desert horned viper was spotted in the Küre Mountains National Park in Turkey.

A desert horned viper (Cerastes cerastes) was spotted at the Küre Mountains National Park in Turkey, in what park authorities say is the first time the species has been encountered in the region. 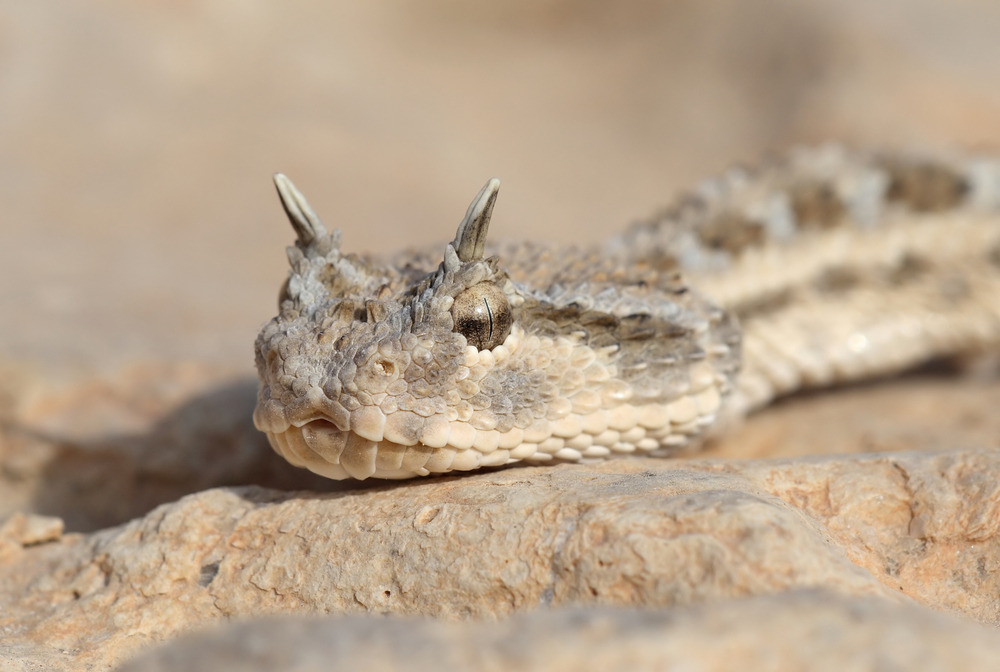 A desert horned viper like this one was found in Turkey and is far from its natural range.

The viper, which is usually found in deserts in Northern Africa, Arabia, and Iran, Niger, Tunisia, Libya, and Chad, as well as Egypt, Sudan, Ethiopia, and Somalia, was found by a wildlife technician who is studying the region’s biological diversity, according to Hurriyet Daily News.

“The role of snakes in the ecological chain is vital,” said Ahat Deliorman, director of Küre Mountains National Park. “The presence of desert vipers is, therefore, important for fauna diversity at our national park.”

It is not known how the viper made its way to the national park in Turkey, which doesn't have a desert climate.

Desert horned vipers are also known as the Saharan horned viper and the horned desert viper. Could it be that this Turkish specimen is a subspecies?

It is known for its supraorbital horns that occur over each eye of the snake, hence the name. It is a venomous species that averages about 1 to 2 feet in length with some individuals reaching 33 inches. Their colors are known to match the substrate in which they are found, and are typically yellowish, pale gray, pinkie, reddish and pale brown. They are known to frequent dry and sandy areas and can sometimes be found at elevations of 4,900 feet.