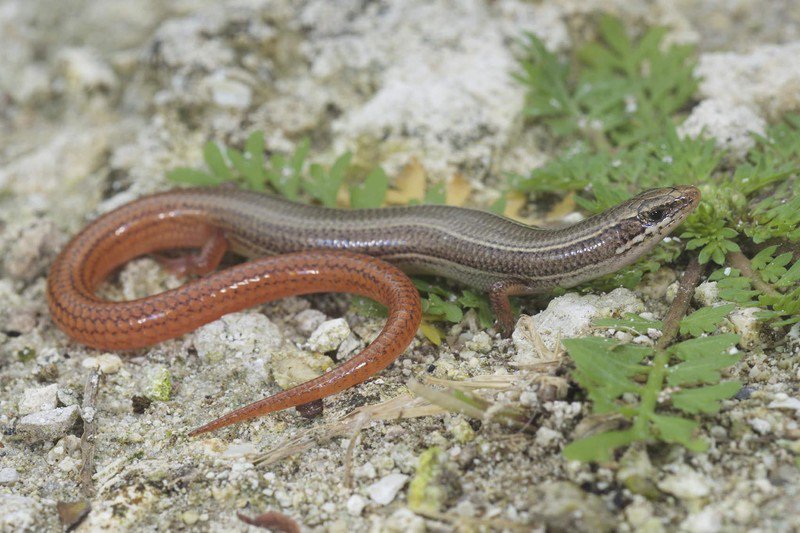 A lawsuit was filed in 2013 to protect Plestiodon e. gregius

The United Stats Fish and Wildlife Service has proposed that the Florida Keys mole skink (Plestiodon e. gregius ) be listed as threatened under the Endangered Species Act. In addition to the the proposed listing, the USFWS is proposing that 7,068 acres be protected as critical habitat for the species, which is only known to exist in the Florida Keys.

“We, the U.S. Fish and Wildlife Service (Service), propose to list the Florida Keys mole skink (Plestiodon egregius egregius), a lizard subspecies from the Florida Keys, Florida, as a threatened species and designate critical habitat under the Endangered Species Act of 1973, as amended (Act), the service wrote in its proposed rule. “This determination also serves as our 12-month finding on a petition to list the Florida Keys mole skink. After a review of the best available scientific and commercial information, we find that listing the species is warranted.”

The agency proposes that 7,068 acres of land within Monroe County in the Keys also be designated as critical habitat. According to the USFWS, by 2060, 72 to 88 percent of the skink’s native range will be underwater. Other threats to the species include development and human activities.

The USFWS is accepting public comments for 60 days. Electronic comments can be made at the Federal eRulemaking Portal: https://www.regulations.gov. In the Search box, enter FWS-R4-ES-2022-0104.

You can read the proposal here.

The Florida Keys mole skink is a small lizard with brownish coloration with a red to brown tail with slight black stripes. Its scales are smooth and shiny. Its legs are small and fully developed and it can grow to around 5 inches in length, including the tail. It can be found along the shoreline of the Dry Tortugas and the Lower Keys. Its population has declined by 30 percent and is now considered rare.