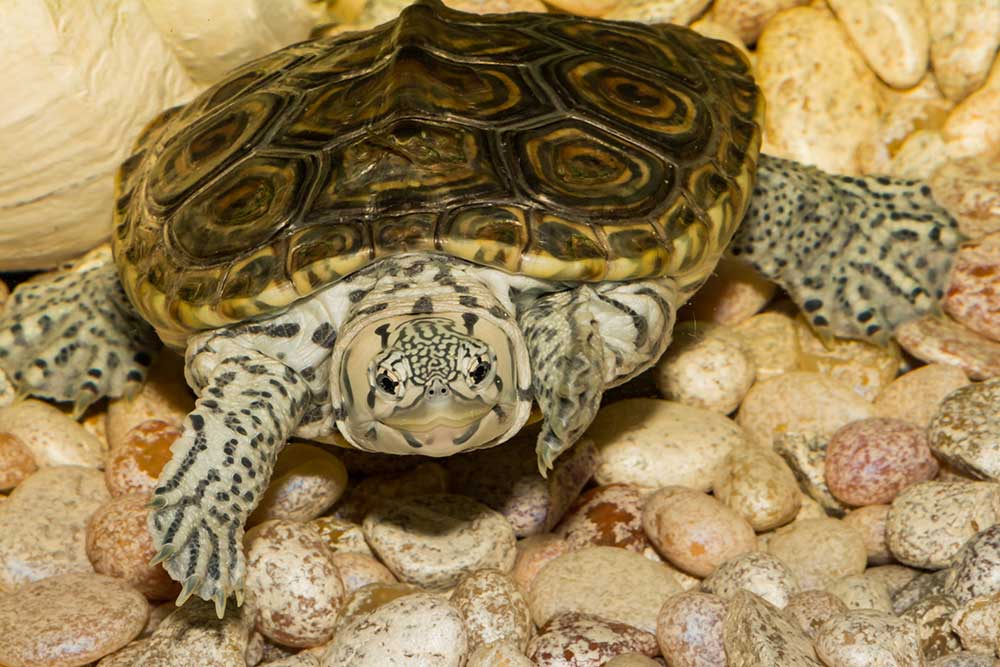 The diamondback terrapin is threatened by habitat destruction, the rise in sea levels, road mortality, crab traps predation and poaching.

The availability of captive-bred animals removes pressure on wild populations

USARK FL has sent its proposal to the Florida Fish and Wildlife Conservation Commission, which may rule on the proposal.

The United States Association of Reptile Keepers Florida is proposing that the state of Florida allow the captive breeding of diamondback terrapins (Malaclemys terrapin), in an effort to discourage the illegal collection of wild terrapins. USARK FL has sent its proposal to the Florida Fish and Wildlife Conservation Commission, which may rule on the proposal. USARK FL supports the breeding of this species and the sale of captive bred offspring. You can read the USARK Florida proposal here.

“The availability of captive-bred animals removes pressure on wild populations,” Dr. Whit Gibbons of University of Georgia said in a press release sent out by USARK FL. “USFWS (United States Fish and Wildlife Service) has given a positive statement about alligator snappers being raised in captivity.”

Gibbons is referring to the statement by USFWS that supports the captive propagation of the alligator snapping turtle, which said: “The service recognizes that turtle farming can alleviate harvest of wild stock and provides a means to serve international markets without affecting wild populations in the future.”

According to USARK FL, the diamondback terrapin matures quickly and is easy to breed in captivity, resulting in many offspring.

“Florida’s turtle breeders are some of the best in the world and would have the ability to produce many thousands of captive bred terrapins within a few years if allowed to do so,” USARK FL spokesperson Daniel Parker said in a statement. “This program should be regulated to ensure that any turtles sold can be verified as captive bred offspring and that adult breeder animals are not replaced with wild caught animals,” Parker said. Parker is a conservation biologist and turtle breeder.

Florida Department of Agriculture and Consumer Services Aquaculture Director Portia Sapp, said the department would be willing to administer a terrapin breeding program which would not require the FWC to incur any additional administrative costs. The FDACS currently oversees breeding programs from other turtle farmers in the state.

The proposed captive breeding program of diamondback terrapins will be discussed at a September 28, 2022 FWC Commission meeting. Public comments can be made in person at the meeting as well as online. More information on the meeting can be found at the MyFWC website.

The diamondback terrapin is a beautiful turtle known for the diamond-like patterns on its carapace. The medium-sized turtles are found in coastal brackish and saltwater marshes in the southeastern and eastern United States, from Texas to most of the West and East coast of Florida, all the way up to Massachusetts. The diamondback terrapin is threatened by habitat destruction, the rise in sea levels, road mortality, crab traps predation and poaching.