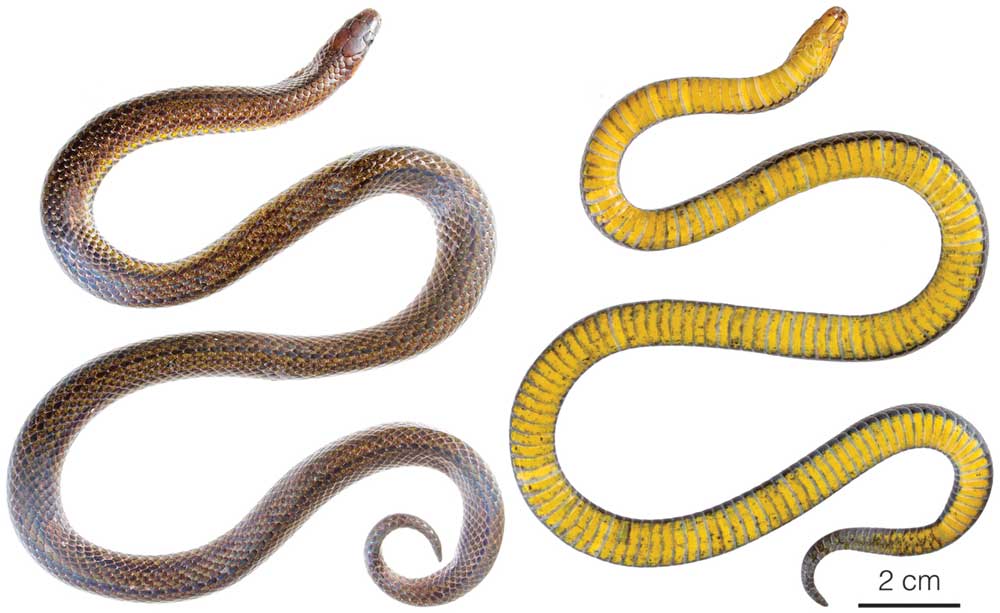 The new snakes, Atractus discovery, A. zgap, A. michaelsabini sp. nov. are native to Ecuador and Colombia.

Three New Snakes of The Genus Atractus Discovered in Ecuador

The snakes are ground snakes and are primarily nocturnal.

The new snakes, Atractus discovery, A. zgap, A. michaelsabini sp. nov. are native to Ecuador and Colombia.

Researchers with the Biodiversity Field Lab (BioFL), Khamai Foundation and the Universidad San Francisco de Quito in Quito, Ecuador have discovered and described three new species of ground snakes from the genus Atractus.

The new snakes, Atractus discovery, A. zgap, A. michaelsabini sp. nov. are native to Ecuador and Colombia and do not overlap, according to the distrubiton information in the paper, “Leaving no stone unturned: three additional new species of Atractus ground snakes (Serpentes, Colubridae) from Ecuador discovered using a biogeographical approach.”

Looking For Reptiles In The Amazon

Atractus michaelsabini (proposed name is Michael Sabin’s Ground Snake) adult males have snout to vent length (SVL) of 256 mm, a tail length 39 mm (15.2% SVL); and a body diameter of 7.4 mm. They are found hidden under rocks during the day, under rotting vegetation and buried in soft soil in pastures and corn plantations, according to the researchers. These areas are also near what is left if native forest. Clutches of three to four eggs have been observed under soil and the researchers believe the snakes are more active during the rainy months. 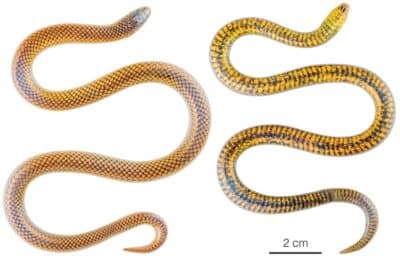 Atractus discovery (proposed name is Discovery ground snake) adult males are 284 mm SVL and the females are 308–328 mm SVL in females. Three species were found near cloud forestsOne was found crossing some stairs while two were found buried under soil in an area between a graveyard, pastures and what was left of native vegetation. The snake was named in honor of ‘The Explorers Club Discovery Expedition Grants’ initiative. This program was launched to better scientific understanding and for the betterment of humanity on Earth and beyond. The snakes are considered data deficient as only three known specimens have been collected in a single river valley in the country. 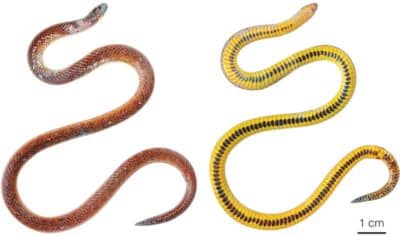 Atractus zgap (proposed name is ZGAP Ground snake, proposed Spanish name, Culebra tierrera de ZGAP.)The female holotype measured SVL 376 mm, tail length 37 mm (9.8% SVL). It is brown in coloration with a yellowish belly. It spends days hidden under rocks and in herbs, and buried under soft soil in plantations and rural gardens. These areas are near the remnants of native forests. It is known to occur in five localities in Ecuador. The researchers consider Atractus ZGAP to be endangered.

The complete description of the new snakes can be read in the paper, “Leaving no stone unturned: three additional new species of Atractus ground snakes (Serpentes, Colubridae) from Ecuador discovered using a biogeographical approach” can be read on the Zookeys website.