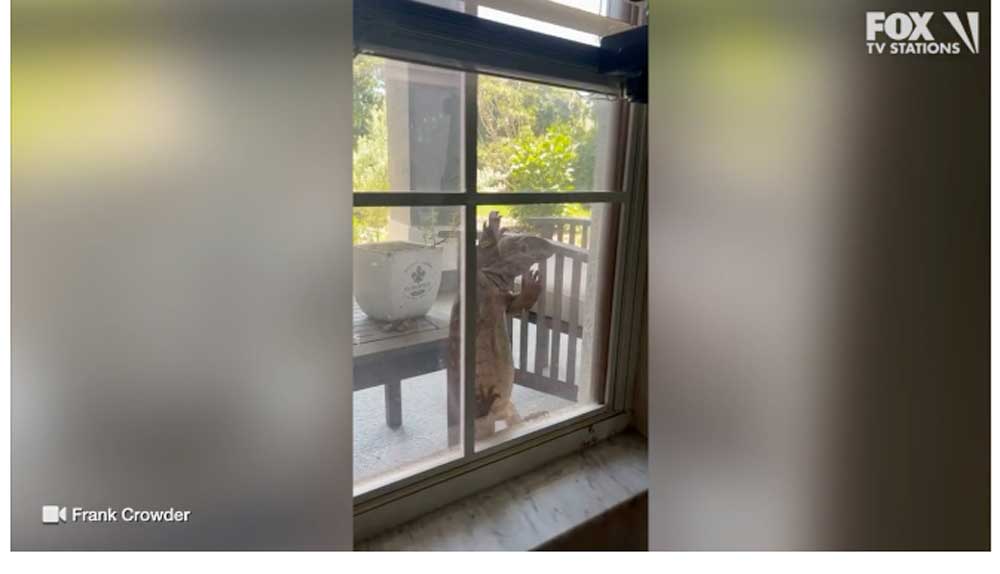 A large part of the diet of the savannah monitor is snails.

The lizard was probably someone's pet who escaped its enclosure.

Last week a woman took video of what appears to be a monitor lizard that most likely got loose from its enclosure. That video went viral on the woman’s Facebook page to the tune of 1.2 million views.

FOX 35 spoke with Mike Stefani, a reptile expert who keeps and breeds monitor lizards and described the lizard as most likely a savannah monitor (Varanus exanthematicus). Check the FOX 35 video below.

“It’s pretty irresponsible to let any type of animal out of your care,” Stefani told FOX 35. “As a responsible animal owner and reptile owner, you should know where your animals are at all times. These few people – and there really are very few – that are irresponsible really give us a bad name.”

Stefani told FOX 25 that the lizard is a savannah monitor.
“They’re a medium-sized African Varanus. A Varanus is a monitor lizard. And they’re insectivores, so they eat a lot of scorpions, insects, mollusks like snails,” Stefani told FOX 35. “They’re not these big Komodo dragons that’ll tear your dogs and your cats apart.”

Savannah monitors are also known as Bosc’s monitors and are native to sub-Saharan Africa and are a ground-dwelling species. They are found in grasslands, savannahs and rocky outcrops. In the wild, they prey on arthropods and molluscs. They also eat millipedes, beetles, snails and other invertebrates. Snails make up a large part of their wild diet.