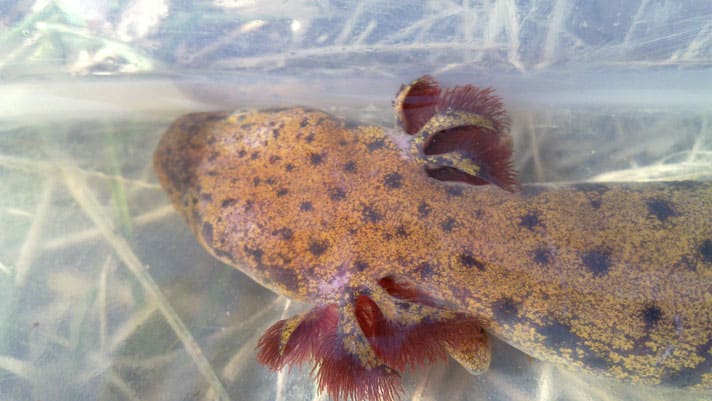 Turtle And Tortoise Adoption Event In Southern California Takes Place May 19
Herping The Peruvian Amazon Rainforest
Cape Cobras Eat Their Own Kind, But Only Males

The United States Fish and Wildlife Service, acting on a petition from the Center for Biological Diversity, has proposed Endangered Species Act Protections for the Neuse River waterdog salamander, a permanently aquatic amphibian that is known to exist only in the Neuse and Tar-Pamlico river basins of North Carolina. 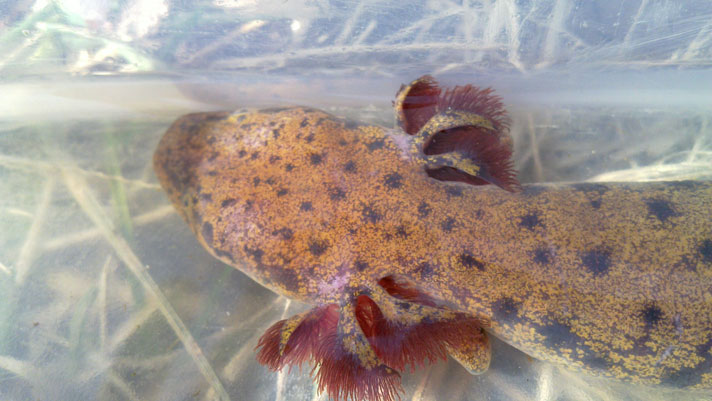 According to the Center, the amphibian has disappeared from 35 percent of its range due to pollution of its aquatic habitat, due to development, logging and large scale farming. The USFWS has proposed 738 river miles as critical habitat for the herp to help the species recover.

The Neuse River waterdog (Necturus lewisi) is a permanently aquatic salamander. It can grow to around 9-11 inches long. It has a reddish brown body with blue or black irregular spots. A unique aspect of this salamander is it has four toes on each foot, whereas most salamanders have five. They feed on aquatic arthropods as well as crayfish, beetles, caterpillars, snails, and small fish such as darters and pirate perch.