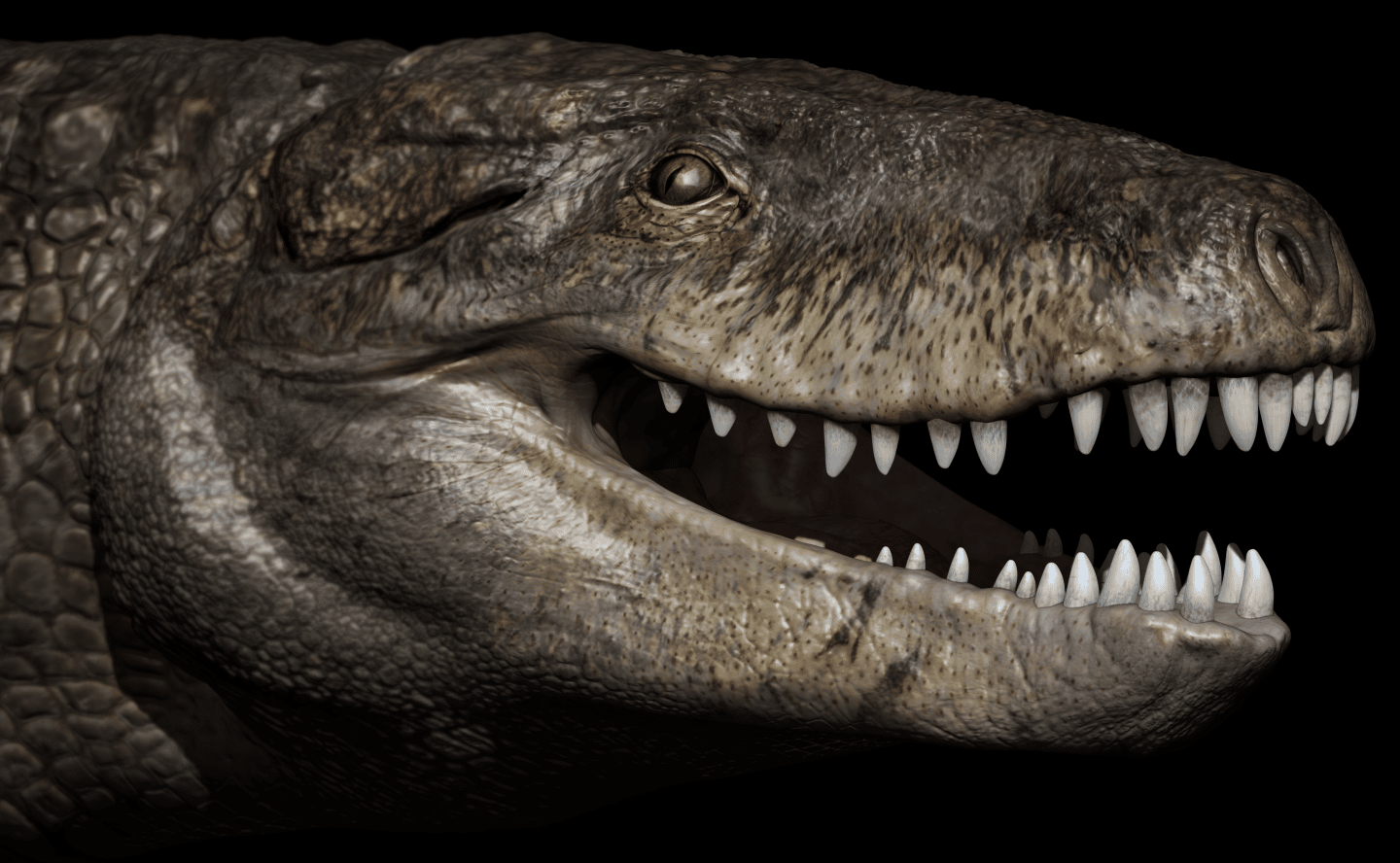 Today's Crocodilians are within the "Archosaur" clade, which is closely related to birds and extinct dinosaurs. Throughout their ne

Today's Crocodilians are within the "Archosaur" clade, which is closely related to birds and extinct dinosaurs. Throughout their nearly 200 million year existence, there is a "ghost lineage" that continues to baffle scientists when it comes to understanding their evolution.  This means there are no fossil records to piece together the evidence of other prehistoric discoveries. Without the evidence, these gaps make history and evolution of a group patchy. Although today's Crocodilians are relatively unnchanged, studies show that their prehistoric history is quite diverse. Ancestral Crocodolilians, or Notosuchians, were distinct, and ranged in characteristics from completely aquatic to completely terrestrial. Today, there are 23 Crocodilian species including the Alligators, Caimans, and Gavials.

According to one scholarly article, extant Crocodilians have had extremely slow diversifications compared to other animals. This means that the evolution of modern Crocodilians hasn't changed much and is probably why they have a standardized body plan across all subspecies. They are hardy, prehistoric, and some of the most impressive Reptiles on the planet who came from remarkable Jurassic predators. It is hypothesized that this massive Notosuchian feasted on Dinosaurs at any opportunity.

Although there is still much to be understood about Crocodilian history, a new species of distant Crocodilian (Notosuchian) has been described by Paleontologists. Each new discovery related to this group helps to bridge the gap in the ghost lineage of Crocodilians. With this discovery, it is confirmed that Crocodilians are much older, and much larger, than we previously thought!

According to research, the extinct Archosaur Razanandrongobe sakalavae had massive serrated T-rex like teeth, a body shaped (kind of) like a giant dog, and banded armor like an armadillo. It is speculated is could have grown up to 40 feet and lived 100 million years before the T-rex. These features made this new species' classification tricky.

Discovered in Madagascar, Razanandrongobe sakalavae was originally described in 2006, but the fossil sample was lacking in details. The species was further examined in 2017 based off a peer review study that included another fossil specimen collected from the same area. Upon further investigation, specifically of it's teeth, it was determined that Razanandrongobe sakalavae was a Crocodylomorph, fitting into the Notosuchian clade. This was concluded from genetic and osteological studies from a complete jaw/teeth sample. This Notosuchian was unlike any other, and research says, "… large skull dimensions (and likely body size, too) reached by R. sakalavae, together with the peculiar feeding adaptations indicated by the dental and cranial features, suggest that this taxon was a highly specialized predatory crocodyliform of terrestrial habits, that could compete and occupy the ecological niches of theropod dinosaurs."

The teeth are what described this species as a Notosuchian.

Razanandrongobe sakalavae was a predatory, carnivorous, Archosaur that roamed the Jurassic period. It's classification was identified through bone analysis of teeth and jaw, which could crush hard tissues like bone and tendon…just like the T-rex! They likely feasted on dinosaurs at any opportunity, utilizing their size advantages. This discovery is significant for Herpetology because R. sakalavae is the oldest and largest Crocodylomorph of its time currently recognized. It was most likely a top predator in Madagascar that lived over 40 million years before any other ancestral Crocodilians. This research provides insight into the ghost lineage of Crocodilians and their unique place in Herpetological history. According to the conclusions of the study, R. sakalavae s a “valid species well-distinct from any other currently known member of Notosuchia (or ancestral crocodiles).”

This species was fierce, hardy, and resilient, just like the modern Crocodilians of today.