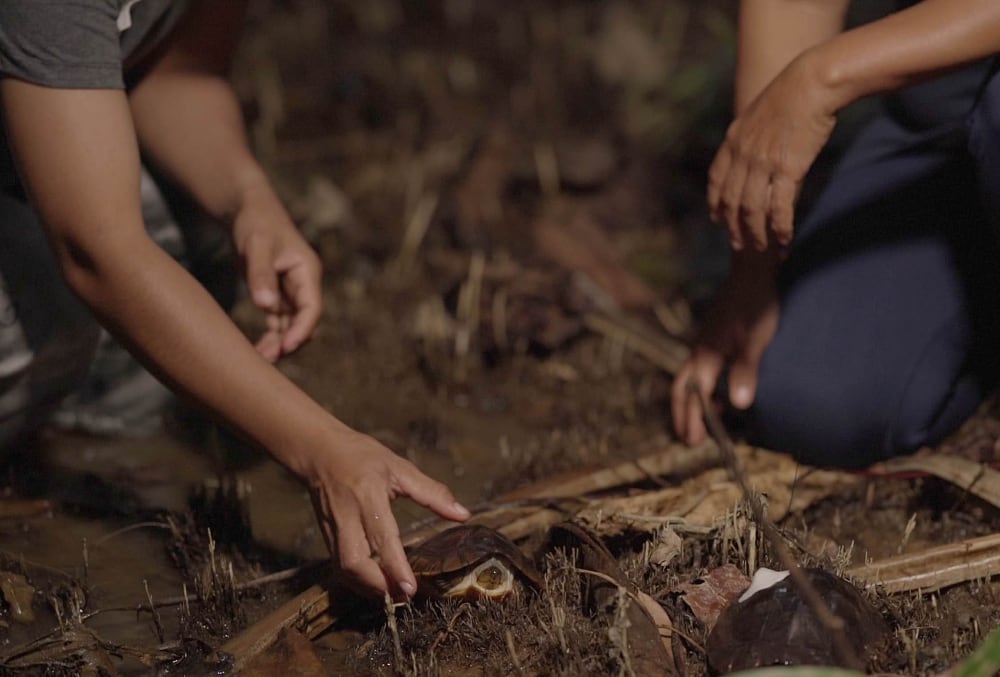 The first two captive-bred Palawan forest turtles (Siebenrockiella leytensis) from a captive breeding program on Palawan island in the Philippines have been released back into the wild, the fruits of a seven year effort to breed the turtles as part of a conservation effort between the Katala Foundation, Inc. of the Philippines and Singapore’s Mandai Nature.

The turtles, named Sonja and Euds, are the first two hatchlings of the species under the organizations captive breeding program on Palawan island. The turtles were, by the way, named after Sonja Luz, the deputy chief executive officer of Mandai Nature. And Eudelyn, who is Euds’ keeper. Sonya and Euds were hatched in 2018 and weighed between 370 and 590 grams when they were released and measured 13 to 16 cm.

While Sonya and Euds are the first Palawan forest turtles to be hatched as part of the effort to bolster the wild population, 15 more captive bred turtles are under the care of KFI. The turtles were released in a protected area with ideal living conditions. They were also outfitted with radio transmitters to track their movements for the first three months that they are in the wild. Based on the analysis, the turtles have stayed within 1,000 square meters of the release site.

“The fact that the turtles stay close to the release site validates our earlier studies that indicate released individuals would settle within their release site provided it comprises their favorite habitat,” Sabine Schoppe, KFI founding director and director of the Philippine Freshwater Turtle Conservation Program, told the Inquirer. “If such an area is actively protected, the chances of these individuals helping to augment the dwindling wild populations elsewhere are higher.”

These critically endangered Palawan forest turtles were released into the wild. Photo by Katala Foundation, Inc. and Mandai Nature.