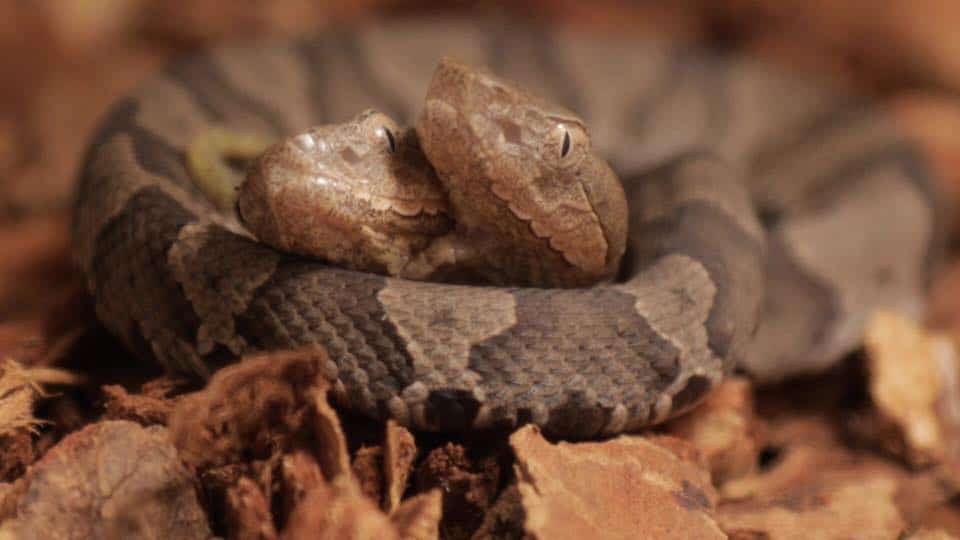 The baby venomous snake was donated to the center by a couple who found it in their yard.

A baby two-headed copperhead snake that was found in Leslie County, KY will soon be on display at the Salato Wildlife Education Center in Frankfort. The two-headed venomous snake was donated to the center and it will serve as an educational ambassador for Kentucky’s native species, according to the center’s Facebook page.

BREAKING: A wild-born two-headed copperhead from Kentucky has been donated to the Salato Center. The center staff are…

“Considering the complicated nature of this animal, the health of this snake is our utmost concern, the center wrote on its Facebook page. “As long as it remains stable, the two-headed copperhead will be available for public viewing from 10am to 12pm and 2pm to 4pm, beginning October 19th and lasting until we close for the season November 21st.”

“I may encounter a two-headed snake in the wild every two or three years but a two-headed copperhead is a first for me,” Kentucky Department of Fish and Wildlife Resources State Herpetologist John MacGregor told WKYT.com. “It is a really interesting animal to have on display and a unique opportunity for the public.” 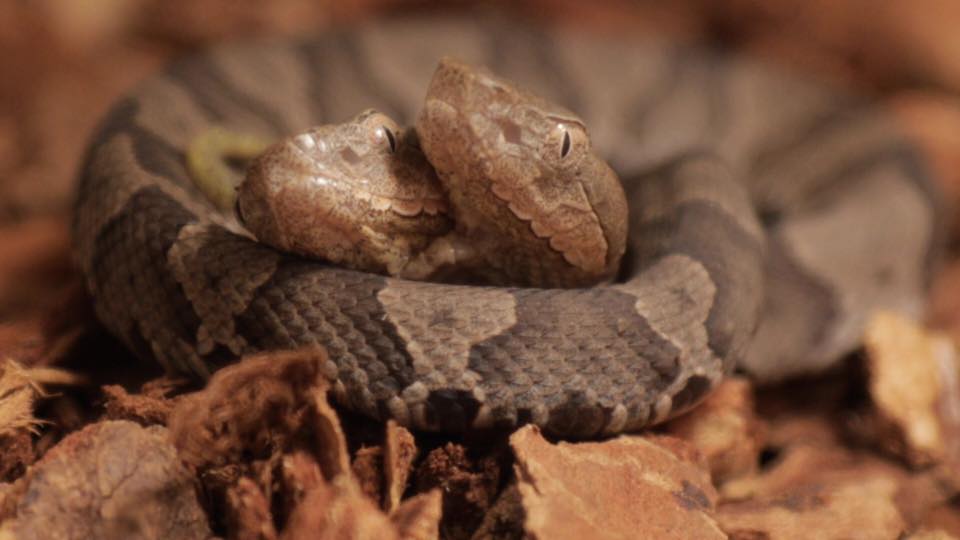 The two-headed copperhead is a juvenile that is about one month old.

The center wrote that the snake has not yet eaten, but both heads move as do the eyes and the tongues. The center has also determined that both heads have fangs and venom sacs.

“One big question is if the throat connects to the rest of the intestinal tract,” MacGregor said. “That is sometimes a problem with two-headed animals; neither head is completely formed, and there is no way they can swallow anything. Sometimes one head works and the other head does not. With this snake, both tongues work, so there is a pretty good chance that both are functional.”

If you live in Kentucky or will be visiting between October 19-November 21, you can call the center at 1-800-858-1549 to determine if the reptile is available for viewing.