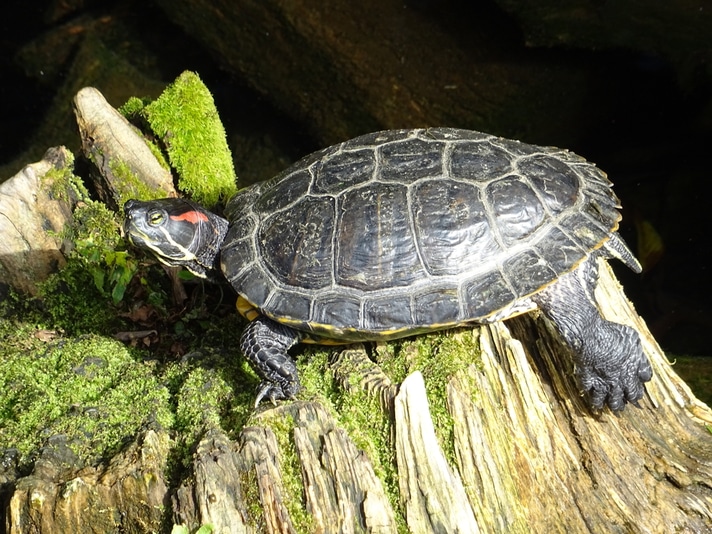 Rocket was stolen right out of her outdoor enclosure by a group of teens.

A group of teens stole a red-eared slider (Trachemys scripta elegans) from its enclosure at the Mitchell Lake Audubon Center in San Antonio, Tex., and the center just wants her back. 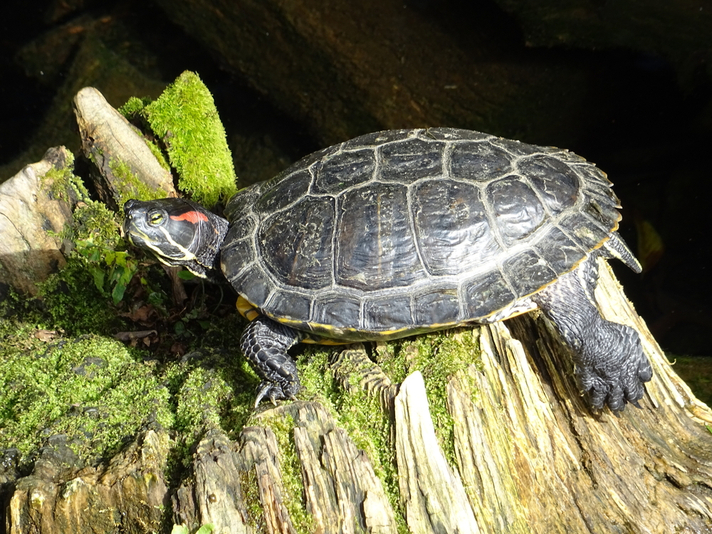 Because it is breeding season, the center is asking anyone who sees the turtle to take a photo and let them know where the sighting was as Rocket has distinguishing marks. He looks similar to this turtle.

“It’s pretty devastating,” Sara Beesley, director of the center told MySanAntonio.com. “We were immediately worried that she had been harmed.”

The 6-year-old turtle has been a fixture at the center for several years, on display for the more than 4,000 students who visit the center each year. The center is on San Antonio Water System property that is next door to the San Antonio Police Department Training Academy.

Security cameras captured a group of teens carrying the turtle, named Rocket, off the grounds on April 25, and she hasn't been seen since. The teens apparently cut through a portion of fence and broke a padlock off Rocket's outdoor habitat to get access to the turtle. Center staff noticed the turtle missing after discovering a crack in the habitat's lid, with Rocket nowhere to be found.

Beesley asked members of the public to photograph any turtles seen around the center, in case the thieves released Rocket. The turtle has unique markers that center staff could use to identify her.

“Our primary concern is to have her back and have her safe,” Beesley said. “If she magically appears in her habitat overnight, we would welcome it.”

If you have any information regarding the theft, please call the center at 210-628-1639 or email at mlac@audubon.org

The red-eared slider is the most popular turtle in the pet trade, often sold as tiny juveniles only to grow to about a foot in carapace length. The red-eared slider is alos an omnivore, eating aquatic vegetation and animal matter including live and dead fish and other aquatic animals. They are native to the southern United States and northern Mexico, but have a near worldwide distribution due to its popularity as a pet turtle. The red-eared slider is on the International Union for the Conservation of Nature's List of the world's 100 most invasive species, one of two reptiles on the list.