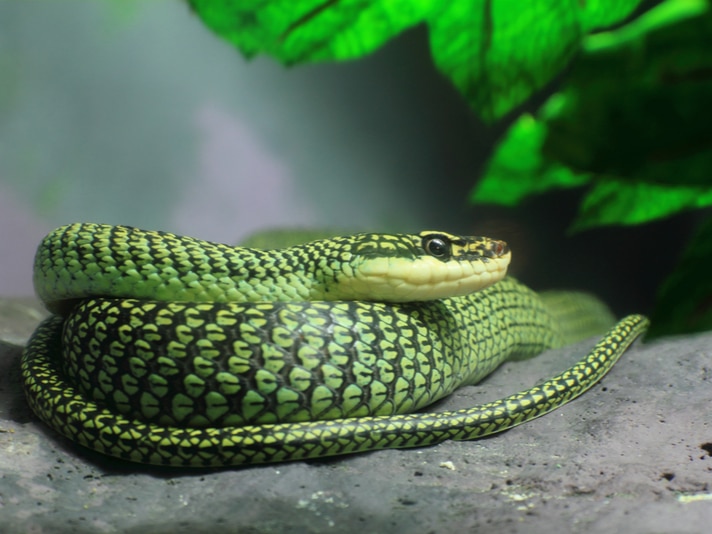 Tokay Gecko In Mexican Standoff With Golden Treesnake In Thailand

The treesnake may have bit more than it could chew with the large lizard.

A golden tree snake (Chrysopelea ornata) apparently bit more than it could swallow, based on a video captured by a British man living in Thailand who called the snake’s encounter with a Tokay gecko  (Gekko gecko) a “Mexican standoff.” 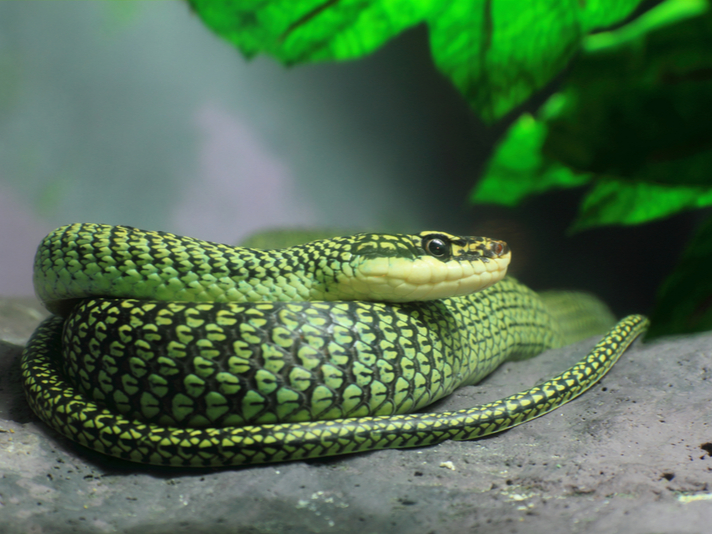 Golden treesnakes are rear-fanged colubrids. Tokay geckos are a staple part of their diet.

The man then prods the snake on the head, and his wife says "You don't know about Thai snake, some snakes can kill you." The man then tells his wife that the snake is a golden vine tree snake and although it is mildly venomous, they are harmless to humans.

"The snake's trying to let go. Let him go gecko, come on," Batchelor said in the video, which was released on the Daily Mail website.

"We've got the snake's tail but the gecko is not letting go so you can't blame the snake for curling round him. This is a 'Mexican stand-off.'"

Batchelor then pulled on the snake, at which point the gecko released its grip on the snake and the snake fell to the ground and went into a defensive posture. The gecko disappeared up the pole and out of sight.