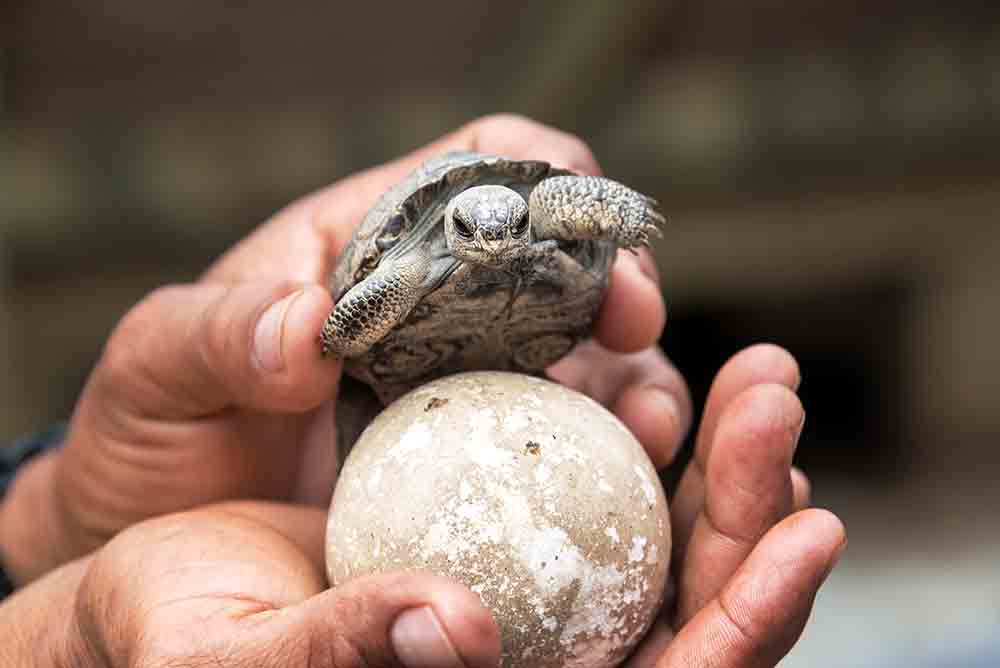 The first three years proceed infertile eggs until the successful hatchings this year.

Galapagos tortoises are the largest tortoise species in the world and can live more than 120 years.

Crocodiles of the World, which bills itself as the UK’s only crocodile zoo, has successfully hatched two Galapagos tortoises. This marks the first successful hatching of the species at the Oxfordshire zoo.

the hatchlings weighed in at 67g and 69g and are on a diet of dried grasses, leafy greens, pear cactus and weeds, according to a news release announcing the hatchlings.

“We’re incredibly proud to have successfully bred these tortoises, who have previously been very close to extinction,” Shaun Foggett, founder of Crocodiles of the World said in the press release. “They are still facing an uncertain future, primarily due to historic over exploitation and egg predation from invasive species. We have all been hoping for this day since the giant tortoises joined us in 2018 and it’s a significant achievement towards helping the conservation of the species.”

The zoo currently is home to four adult Galapagos tortoises. The are comprised of Zulu, Isabella, and Charlie, all females, and Dirk, the lone male. All four are part of a European conservation program and joined the zoo from the Chester Zoo and ZSL London.

The first three years proceed infertile eggs until the successful hatchings this year. The eggs hatched 113 and 118 days after the legs were laid.

Galapagos tortoises are the largest tortoise species in the world and can live more than 120 years. There are 12 known subspecies of these giant tortoises. They are native to the Galapagos Islands. Captive breeding efforts have enabled them to be distributed to various zoos around the world. Unfortunately, these tortoises are still illegally trafficked. In 2021, more than 200 hatchlings were seized at Galapagos island Airport in a single operation.