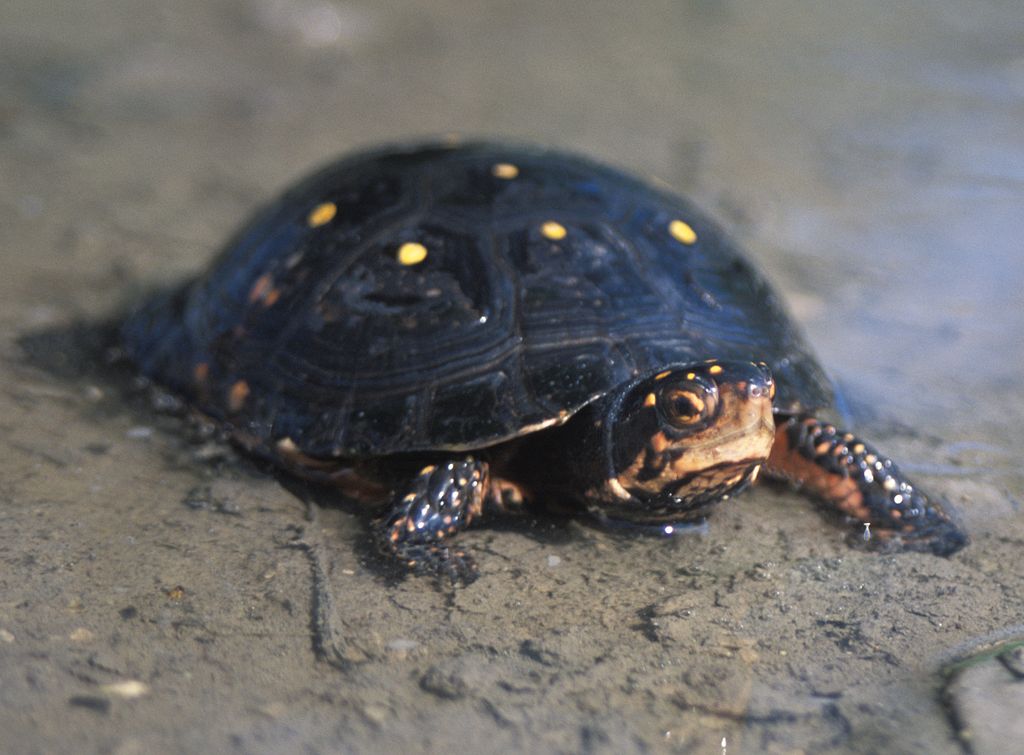 Captive Breeding Program For The Spotted Turtle Launched In Ohio

The spotted turtle (Clemmys guttata) is listed as endangered on the IUCN Red List, and is under review for protections under the Endangered Species Ac

The spotted turtle (Clemmys guttata) is listed as endangered on the IUCN Red List, and is under review for protections under the Endangered Species Act in the United States. As such, the Stark Parks Wildlife Conservation Center, in conjunction with the Lake Erie Allegheny Partnership for Biodiversity (LEAP) and the recently formed Save and Protect Ohio Turtle Diversity (SPOTD) committee will launch a breeding program for the reptile in Ohio, where turtles are listed as threatened.

The initial breeding group will include five to six turtles that were confiscated from the illegal pet trade. These turtles are also genetically linked to the region.

Spotted Turtle At Risk Of Disappearing In Rhode Island

“We are hoping to get the turtles here in the next 12 months, Stark Parks Natural Resources Manager Talula Wiater told the Beacon Journal. “Spotted turtles are listed on the IUCN Red List as endangered as their population has decreased worldwide to below 50 percent.”

The turtles will be captive bred to boost its population in the wild, and to introduce genetic diversity into the wild populations. The number of wild spotted turtles have declined in the state due to habitat loss, pollution, predation and illegal poaching for the pet trade.

The spotted turtle (Clemmys guttata) is a small black turtle with yellow spots on its shell. It grows to about 4 to 6 inches and is known to live for more than 100 years. Their populations have declined in the wild but they are relatively easy to breed in captivity.