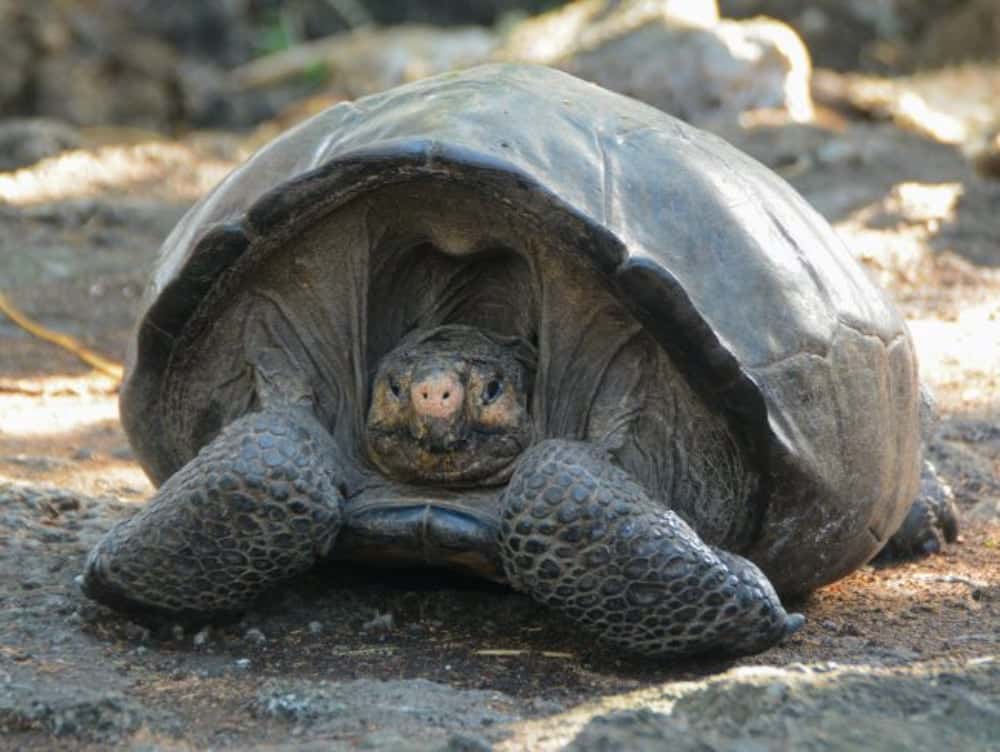 A giant tortoise that was found in 2019 and thought to be an extinct species, is actually the species and is not extinct. Fern, the Fernandina giant t

At the time of her discovery, it was thought that her species was extinct, but genetic testing of a blood sample sent to Yale University and tested against a male that was found in 1906 confirmed she is the last known tortoise of her species. She is related to the Chelonoidis phantasticus tortoise species that were found on Fernandina island. She was found by a joint team of the Galapagos National Park Directorate (GNPD) and Galapagos Conservancy.

One of the greatest mysteries in Galapagos has been the Fernandina Island Giant Tortoise. Rediscovering this lost species may have occurred just in the nick of time to save it. We now urgently need to complete the search of the island to find other tortoises,” Dr. James Gibbs, Vice President of Science and Conservation for the Galapagos Conservancy and tortoise expert at the State University of New York, said in a statement released to the media.

“We desperately want to avoid the fate of Lonesome George,” said Danny Rueda Córdova, Director of the Galapagos National Park Directorate. “My team from the Park and Galapagos Conservancy are planning a series of major expeditions to return to Fernandina Island to search for additional tortoises beginning this September.”

Finding a Mate For Fern

The park and conservancy are now trying to find a male on Fernandina with the hopes of launching a captive breeding effort to enhance the numbers of Fernandina giant tortoises on the island. Signs of at least two other tortoises have been documented on Fernandina Volcano, during the finding of Fern, but those tortoises have not yet been located.