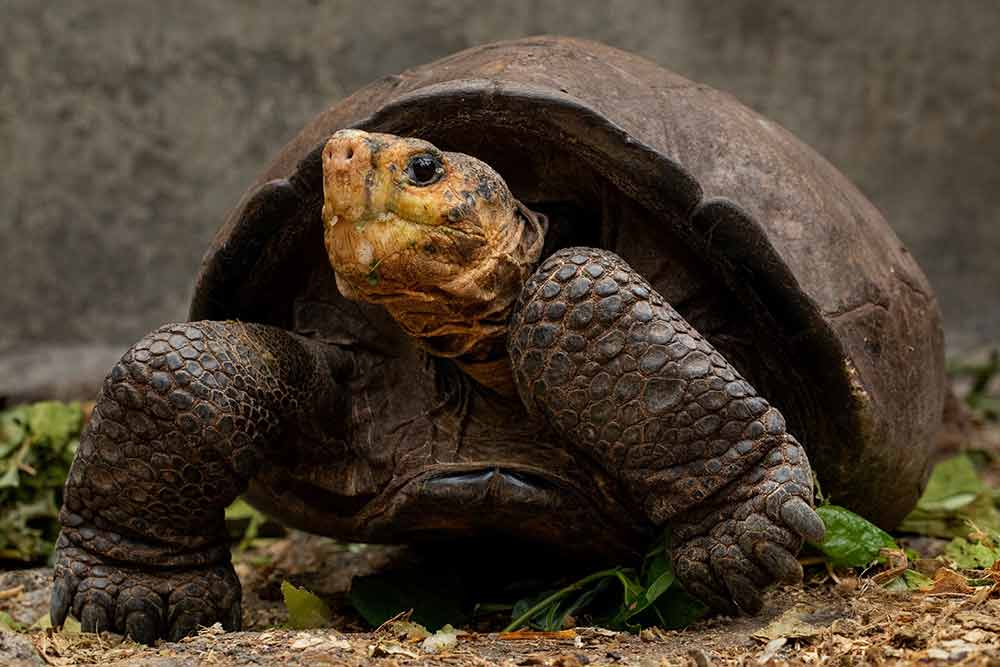 Fernanda is the only known tortoise of her species.

While the initial hope to find another Fernandina giant tortoise, a second expedition is slated for later in 2022 that will use a helicopter.

After an exhaustive search of Fernandina Island in the Galapagos Island chain, Galápagos Conservancy scientists and Galápagos National Park rangers have not found a single Fernandina giant tortoise (Chelonoidis phantasticus), a species that was thought to be extinct until 2019 when a single animal was found.

The expedition team set out to try and locate a mate for Fernanda, the lone female that was rediscovered in 2019. The 18 person team covered about 65 square kilometers of the habitat on the island that had not yet been explored. They didn’t find any of the telltale signs that these giant reptiles leave behind, such as tracks, droppings and bite marks on vegetation.

“Park guards and our staff had to overcome immense challenges,” Dr. Jorge Carrión, Conservation Manager of Galápagos Conservancy said in a statement released to the media. “Fernandina Island is covered by dozens of razor-sharp lava flows that cut through the prime tortoise habitat — teams had to navigate across these treacherous areas while searching for a tortoise.” Carrión planned the expedition and was one of the 18 participants.

“Hope is fast running out to find a mate for Fernanda, the sole known survivor of her species,” Dr. Paul Salaman, President of Galápagos Conservancy said. “And in a tragic twist of fate, her life may mirror the plight of Lonesome George, the last of his kind from Pinta Island, who died alone just ten years ago in Galápagos, unless we are able to find alternatives to fully or partially recover this species.”

While the initial hope to find another Fernandina giant tortoise, a second expedition is slated for later in 2022 that will use a helicopter to enable the researchers to reach areas that are inaccessible by foot.