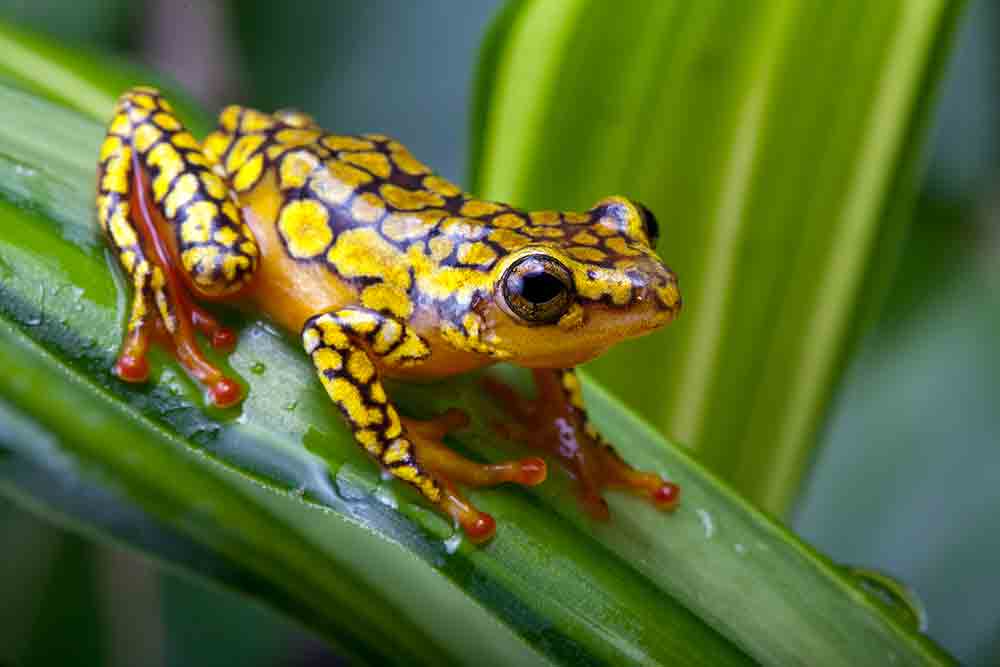 Most Poison Frogs In Herp Keeping Are Captive-Bred, Study Says

There are captive breeding and frog ranching operations in countries such as Peru, Ecuador, and Colombia that compete with poachers.

The poaching and overharvesting of these wild caught frogs can have severe negative impacts on the wild populations as well as the genetic diversity of these amphibians.

A new study on the sources of poison frogs in the herp hobby has found that the vast majority of poison frog species in captivity are captive-bred, though some are still illegally taken from the wild. This is according to a study by Devin Edmonds, a doctoral student at the University of Illinois, Illinois Natural History Survey (INHS).

Edmonds, who has been keeping poison frogs since the 1990s, set out to determine the trade dynamics of poison frogs over the last 30 years in an effort to understand the threats these animals may face in the wild.

“During the pandemic when I couldn’t be out in the field studying frogs, I found myself staring at frogs in terrariums and thinking about where they came from,” Edmonds said in a press release announcing the study. “Nobody seemed to know, so I started creating a spreadsheet of frogs in private collections to figure out how they actually got there.” Edmonds found that the proportion of threatened species in private collections in the United States is about the same as what is found in the wild. Edmonds also noted that certain critically endangered species, such as the harlequin poison frog (Oophaga histrionica) and Lehmann’s poison frog (Oophaga lehmanni) occurred in private collections from 2015-2020. those available at local reptile stores sell for about $50 to $100 a piece while smuggled species are sold for $2,000 and up, Edmonds’ report said.

The poaching and overharvesting of these wild caught frogs can have severe negative impacts on the wild populations as well as the genetic diversity of these amphibians. Edmonds also noted that tree canopies in which these frogs live are destroyed by the poachers seeking them out.

Poison Frogs Of The Genus Mantella

Edmonds also noted that there are captive breeding and frog ranching operations in countries such as Peru, Ecuador, and Colombia that compete with the black market frog smugglers. These legitimate breeders are having some success and are in turn using profits to fund habitat management and protection.

The breeders offer the captive-bred frogs at the same price and are are healthier and lack the poisons that occur in the wild-caught frogs. “The overwhelming number of poison frogs kept in the U.S. are probably bred domestically,” Edmonds said. “It is unlikely that you’ll accidentally buy a smuggled frog in a pet store.”

Edmonds does caution though that it is important to know exactly where your potential poison frog pet comes from and that reptile expos and trade shows may have a higher probability of selling illicitly captured specimens. “If there are 20 adults of a hard-to-breed species sitting on a table, they are probably coming from the wild,” Edmonds said.

The compete paper, Poison Frogs Traded and Maintained by U.S. Private Breeders, can be read on the Herpetological Review website.