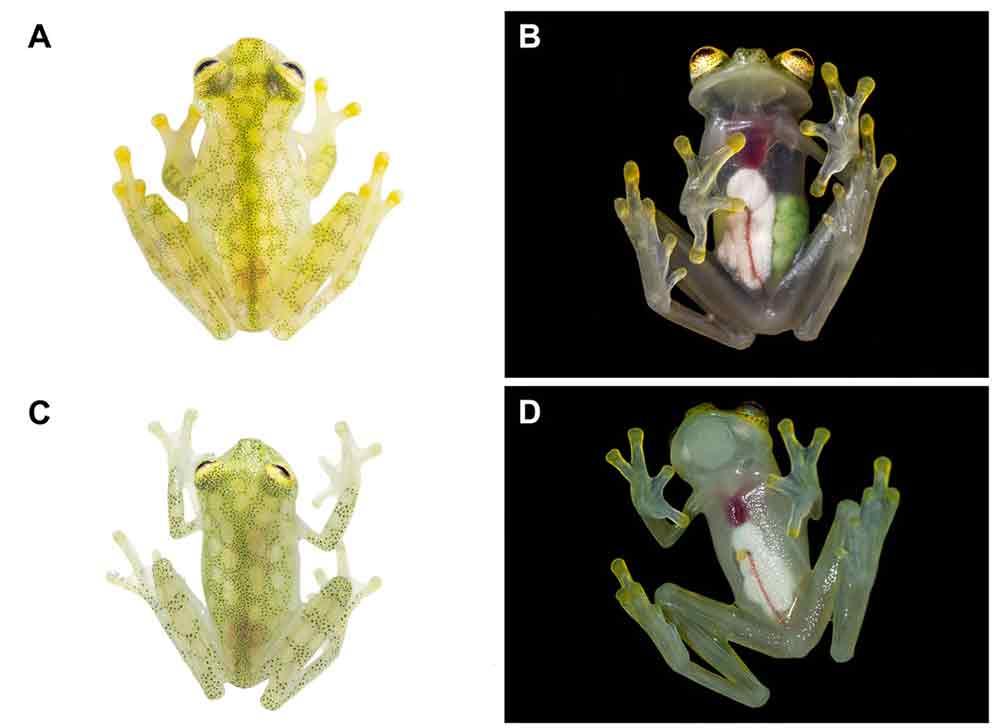 The researchers recommend that both species be listed as Endangered.

The researchers recommend that both Hyalinobatrachium mashpi and H. nouns be listed as Endangered.

Both frogs are a translucent green in coloration with yellow spots and see through bellies.

Researchers in Ecuador have discovered two new glass frog species of the family Centrolenidae, genus Hyalinobatrachium in the Ecuadorian Andes, the world’s biodiversity hotspot with more than 1000 described amphibian species.

The Mashpi glassfrog (Hyalinobatrachium mashpi) was discovered in Ecuador’s Pichincha province in the Mashpin river basin. It is also known to inhabit the Amagusa Reserve (Amagusa River, 1,137 meters; Mashpi Chico River, 1,130 meters); and the Tayra Reserve, 976–1,126 meters, according to the paper, “Two new glassfrogs (Centrolenidae: Hyalinobatrachium) from Ecuador, with comments on the endangered biodiversity of the Andes” published March 18 in the journal Zoological Science.

According to the researchers, the reserves are next to each other within the Toisán Mountain Range, Imbabura Province in Ecuador. These reserves are premontane wet tropical rainforests and cloud forests and situated in an area where illegal deforestation and mining occurs. 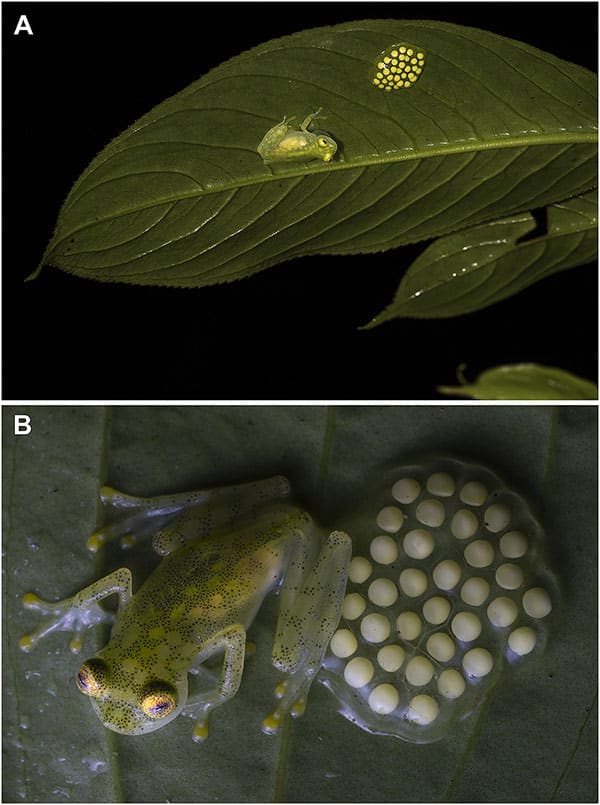 The researchers say the frogs are very close geographically at 18.9 km, but are separated by the Intag-Guayllabamba river valley. They recommend that both species be listed as Endangered following IUCN Red List criteria. Main threats to both species include contamination due to cattle ranching, agriculture, habitat loss, and mining activities.

The complete paper, Two new glassfrogs (Centrolenidae: Hyalinobatrachium) from Ecuador, with comments on the endangered biodiversity of the Andes can be read on the PeerJ website.