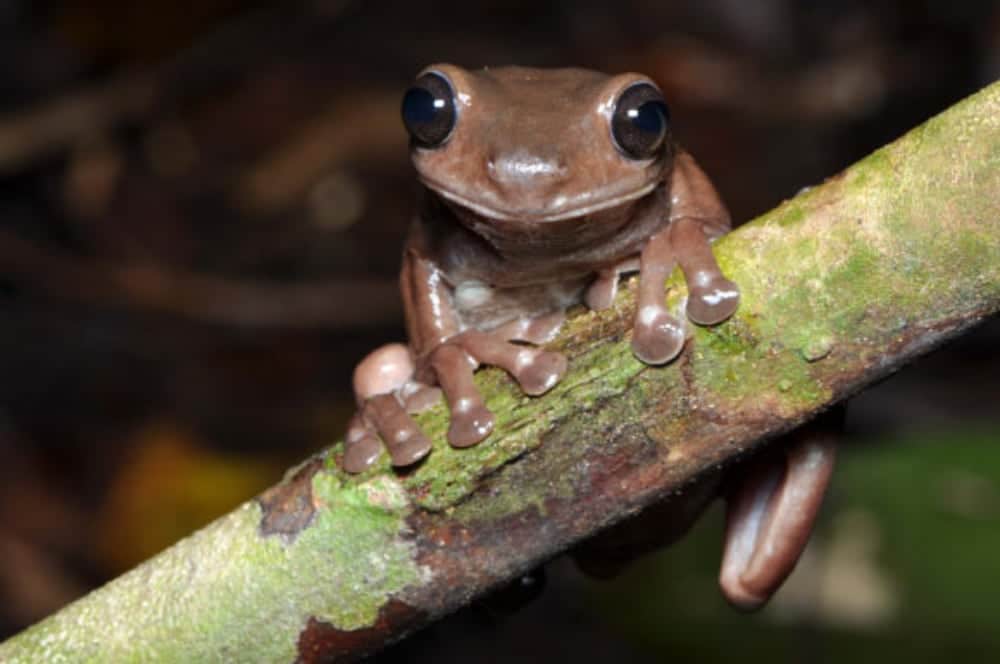 A new frog species of the Litoria caerulea group has been discovered in Papua New Guinea that is chocolate brown in coloration. The frog, named Litori

A new frog species of the Litoria caerulea group has been discovered in Papua New Guinea that is chocolate brown in coloration. The frog, named Litoria mira, is native to New Guinea and its habitat consists of swampy lowland rainforests.

Litoria mira is a large frog as far as Litoria species go, with females (the larger of the species) reaching a snout urostyle length (SUL) of 72.2mm and the males reaching about 65.4mm. The frog is a chocolate brown in coloration with fine light brown mottling.

“The closest known relative of Litoria mira is the Australian green tree frog. The two species look similar except one is usually green, while the new species usually has a lovely chocolate colouring,” Dr. Paul Oliver, Centre for Planetary Health and Food Security and Queensland Museum said in news release put out by the university.

“We named this new Litoria frog species Mira, which means surprised or strange in Latin, because it was a surprising discovery to find a an over-looked relative of Australia’s well-known and common green tree living in the lowland rainforests of New Guinea.”

Dr. Steve Richards noted that the frog lives in a region that is not very well explored, due in part to the crocodiles that inhabit the area.

“Because the frog lives in very hot, swampy areas with lots of crocodiles, all these things discourage exploration,” Dr. Richards said.

“While New Guinea is not a place most Australians know well; many animal groups are shared. So understanding biodiversity in New Guinea helps us to understand the history and origins of Australia’s unique fauna.”

The complete paper, “Multiple trans-Torres Strait colonisations by tree frogs in the Litoria caerulea group, with the description of a new species from New Guinea” can be read on the Australian Journal of Zoology website.