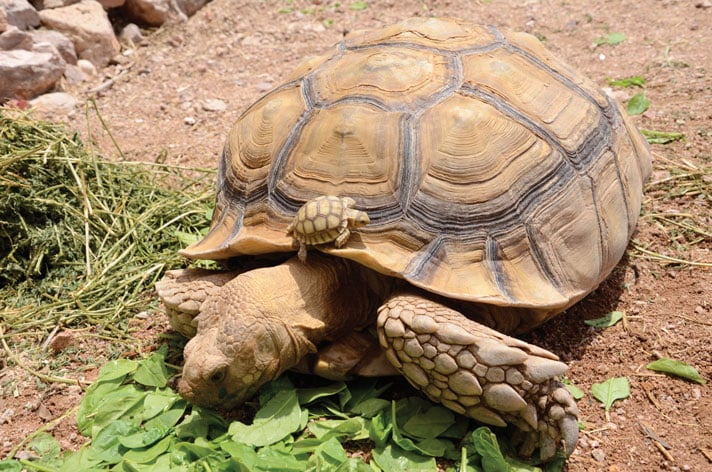 The Biggest Success In Herpetology

Hobbyists have embraced sulcata tortoises and made their reproduction the biggest herpetocultural success story of recent times.

Question: What are the biggest success stories in the herpetological world?
Jess Ardrey, Annapolis, Md. 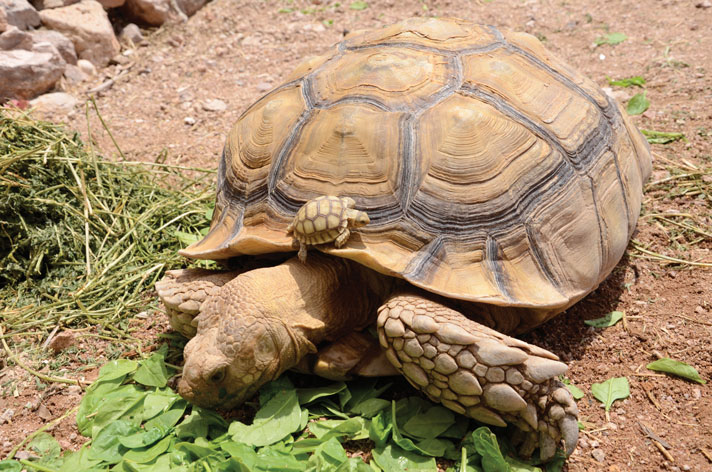 Hobbyists have embraced sulcata tortoises and made their reproduction the biggest herpetocultural success story of recent times.

Answer: Easy one! The answer would be any of the most popular species that are kept as pets today. Take your choice: the bearded dragon, leopard gecko, corn snake, crested gecko, ball python, veiled chameleon, boa constrictor, etc. The list goes on and on, but which herp gets the grand prize as the biggest success story?

I’d have to give the medal to the African spur-thighed tortoise (Stigmochelys sulcata) for two reasons. First, the species is reproducing in fabulous numbers and has quickly, in the matter of only a couple decades, become the most available tortoise in the pet trade. Hatchling sulcatas dominate the reptile shows, and at very reasonable prices. They are cute, hardy and make wonderful captives. Yes, this tortoise gets large and tends to outgrow a significant percentage of owners’ ability to care for it, but that’s beside the issue at hand — I believe it is the hobby’s biggest success story in terms of captive breeding, popularity and availability.

Second, of all the other species mentioned, and even among many of the other types of herps that are now captive bred in impressive numbers, the sulcata is likely the one that’s at the greatest risk of being over-collected in the wild. Large herps are generally in the most peril due to their size alone. Sulcatas are sought for food and easily collected by people in their natural range across the Sahel (the wide transition zone of grassy habitat between the Sahara Desert and moister lands of central Africa). Had it not been for the export of hundreds of adult sulcatas in the early 1990s, which gave breeders a jump on propagating the species quickly, this third-largest type of tortoise might already be on the verge of extinction.