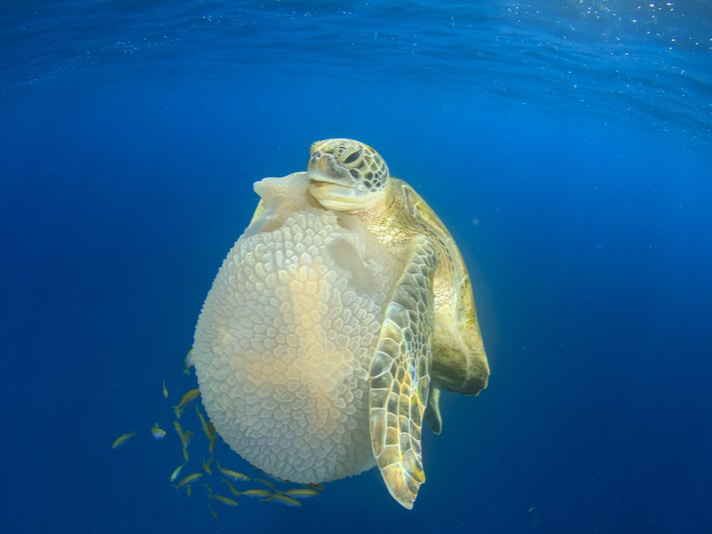 Sea Turtles Use Their Flippers To Help Them Eat Jellyfish

An array of photographic and video proof details how sea turtles use their flippers to eat their prey.

Researchers with the Monterey Bay Aquarium have found that sea turtles use their flippers for more than just swimming the vast oceans of the world. Analyzing crowd-sourced photos and videos of sea turtles that were found on the Internet, as well as direct observation, the researchers found that sea turtles use their front flippers to manipulate their prey, including jellies (aka jellyfish), so they have an easier time eating them. 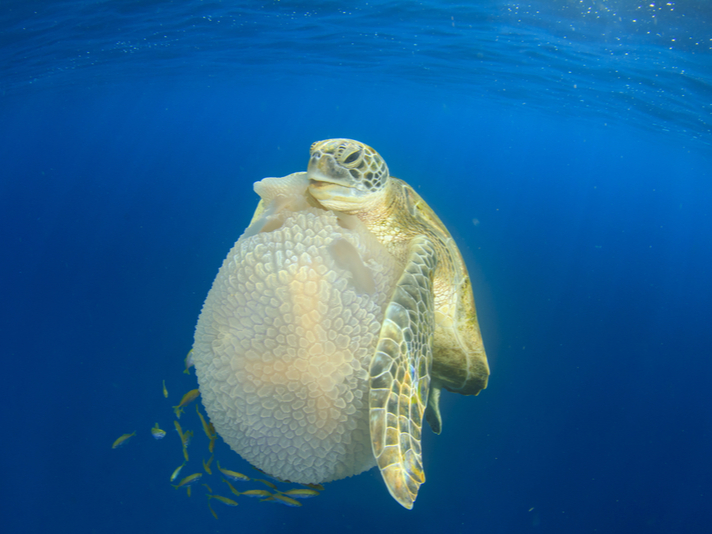 A sea turtle shown manipulating a jelly so it can eat it easier.

"Sea turtles don't have a developed frontal cortex, independent articulating digits or any social learning," Dr. Kyle Van Houtan, director of science at Monterey Bay Aquarium and co-author of the study said in a statement released by the aquarium. "And yet here we have them 'licking their fingers' just like a kid who does have all those tools. It shows an important aspect of evolution – that opportunities can shape adaptations."

In their paper, the researchers document 10 specific types of limb use in marine turtles and note that this behavior may have been present in ancestral turtles, which could extend the evolutionary timeline of the use of limbs in marine tetrapods to 70 million years.

"We expect these things to happen with a highly intelligent, adaptive social animal," Van Houtan said. "With sea turtles, it's different; they never meet their parents," Kyle said. "They're never trained to forage by their mom. It's amazing that they're figuring out how to do this without any apprenticing, and with flippers that aren't well adapted for these tasks."

They note that their observations are documented across habitats as well as prey types, which they suggest is widespread in occurrence.

The complete paper can be read on the Peerj website.