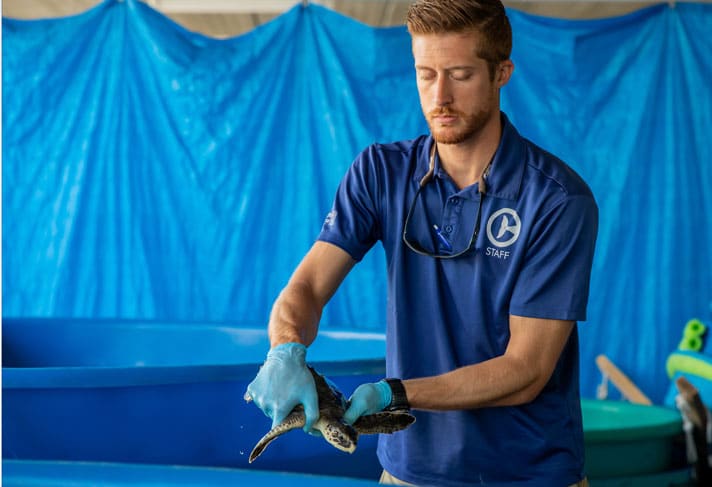 Kemp's ridley sea turtles are one of the rarest sea turtle species.

Fishermen in Clearwater, FL happened upon a juvenile Kemp’s ridley (Lepidochelys kempii) sea turtle entangled in a fishing line buoy off the coast of Clearwater Beach, potentially saving it from what would have been a certain death by calling rescuers at the Clearwater Marine Aquarium.

This critically endangered animal could not escape the wrath of ocean pollution in more ways than one. Join our fight to save these marine animals NOW @ http://bit.ly/2JeL77C

Video footage of the reptile, named Donkey Kong, showed it struggling to swim, unable to dive because the buoy line had wrapped around a front flipper.

"You could tell that that was going to definitely wear him out," sea turtle biologist Lauren Bell told Fox 5 News. “So luckily they found him in the nick of time."

Staff at the Clearwater Marine Aquarium began immediate treatment on the 2-pound turtle’s flipper, and two weeks into the turtle’s rehabilitation, the turtle passed a plastic green balloon that it had ingested. 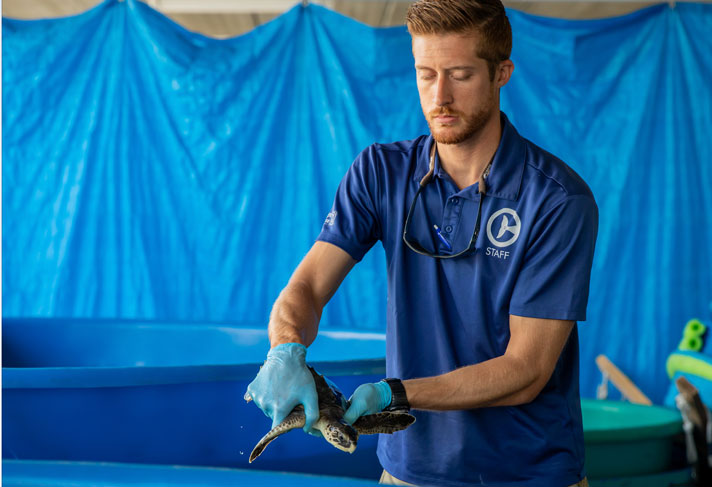 “That's something that our x-ray machines and our CT scans can't even detect,” Bell said. "Through those kinds of diagnostics so hopefully if they do ingest trash, that's something they can pass on their own."

Plastic pollution, and especially that which ends up in the ocean, which is  has been amplified in recent years thanks to videos showing the detrimental effects plastic has on the marine environment and its inhabitants.

According to the U.S. Environmental Protection Agency, hundreds of thousands of animals die or are maimed each year by plastic bags and plastic trash that end up in the environment. Sea turtles are known to ingest all manner of plastic, mistaking plastic for sea jellies, or jellyfish.

Hopefully Donkey Kong fully recovers from the effects of the buoy line as well as that of the ingested plastic balloon.

Kemp’s ridley sea turtles are the rarest sea turtles and are critically endangered. It is a small turtle, averaging about 25 to 30 inches in length and around 100 lbs. The turtle lives mostly in the Gulf of Mexico and warm waters of the the Atlantic Ocean.