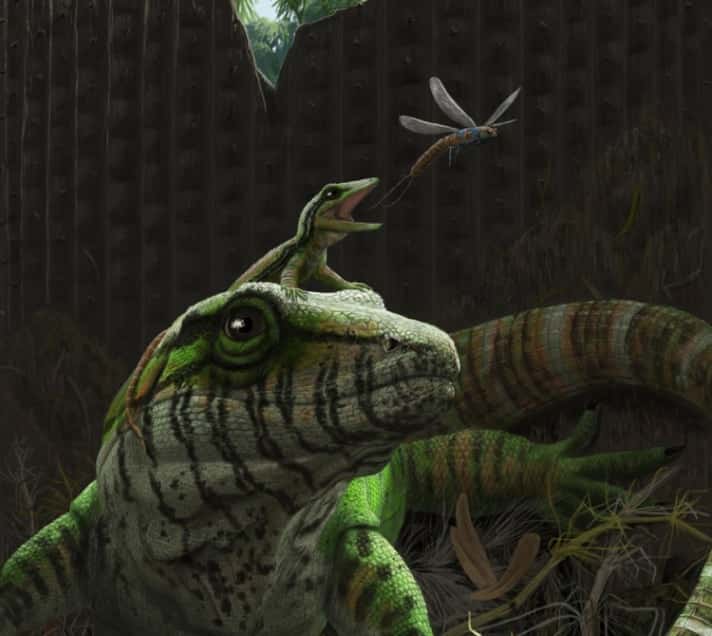 Dendromaia unamakiensis was found in Nova Scotia was a Varanopid, an extinct family of animals that resembled monitor lizards.

Researchers have found a fossil that they say details parental care of offspring by its reptile-like parent. The fossil synapsid, Dendromaia unamakiensis gen. et sp. nov. was found in Nova Scotia and shows evidence that the parent cared for the offspring about 40 million years earlier than the previous known record of varanopid parental care, according to a research paper published in Nature Ecology & Evolution. 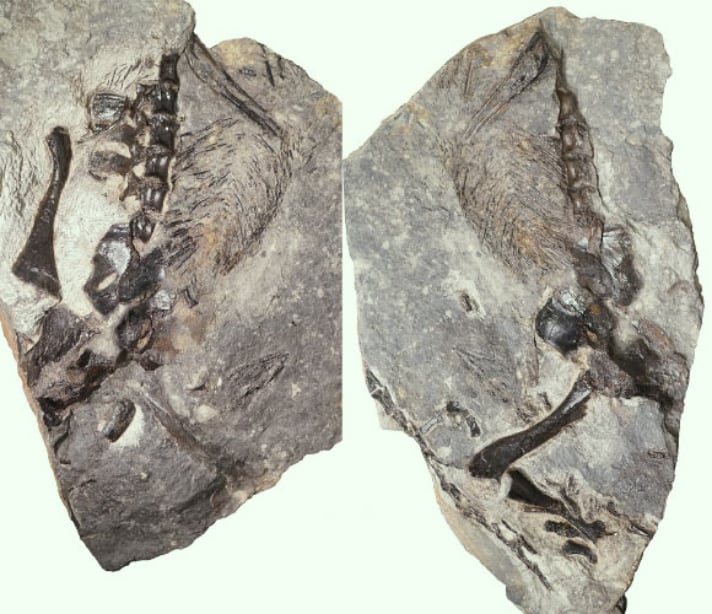 The 305-million-year-old specimen of Dendromaia unamakiensis.

“Parental care is a behavioral strategy where parents make an investment or divert resources from themselves to increase the health and chances of survival for their offspring,” paleontologist and Carleton University Professor Hillary Maddin said in a media statement. “While there are a variety of parental care strategies, prolonged postnatal care is amongst the most costly to a parent.”

“This form of parental care is particularly common in mammals, as all mammalian offspring demand nourishment from their mothers.”

“However, there is still little understanding of the evolutionary history of this behavior.”

The 300 million-year-old fossil was discovered by researchers from Carleton University in Ontario, Canada.  The partial skeleton shows the larger lizard- like animal with its tail wrapped around a smaller individual of the same species. 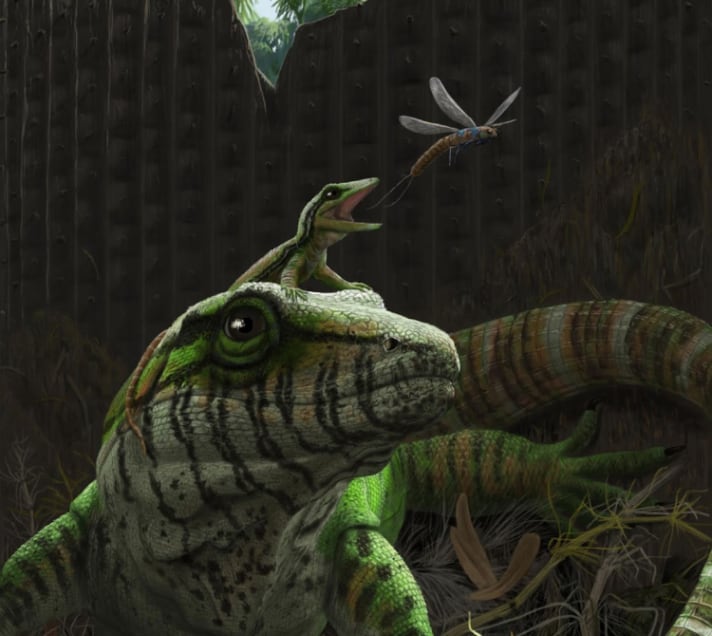 An artist’s impression of what an adult and a juvenile Dendromaia unamakiensis could have looked like.

The skeleton exhibits that of denning, in which an animal shields its offspring from harm, which is a trait common amongst mammals. The animals had apparently perished in a tree stump on an island off Nova Scotia,  a location that the researchers believe may have been their den.

Varanopids are an extinct family of animals that resembled monitor lizards of the genus Varanus. They were about 3 to 7 feet in length and had long jaws and sharp teeth. They had long tails and lizard-like bodies and were carnivorous, though as they got smaller, the diet changed to insects. A recent study changed their classification to that of diapsid reptiles, the same group as lizards, snakes and turtles.