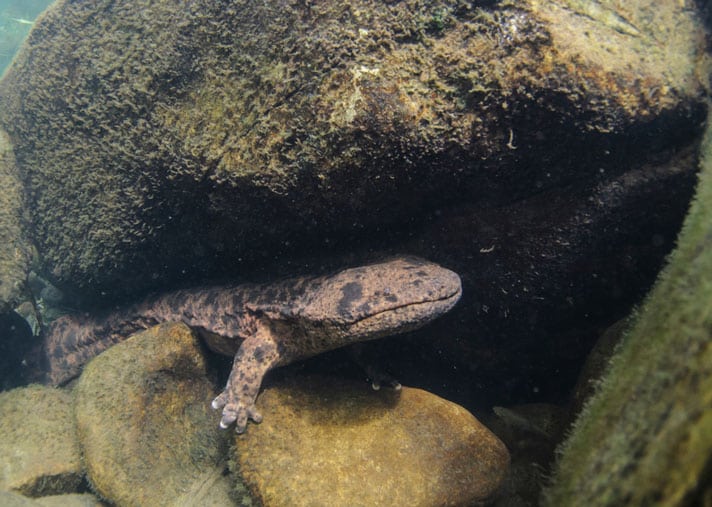 The Japanese giant salamander is listed as near threatened by the IUCN due to pollution and habitat loss.

Iguana-like Lizard Species That Lived 75 Million Years Ago Discovered in Montana
Sea Turtle Caught In Fishing Line After Hurricane Irma Is Released
Keeping a Turtle? Here are Some Tips All New Turtlekeepers Need To Know

If you are in Honolulu, HI or will be visiting the island in the future, don’t forget to check out the Honolulu Zoo, and its newest residents, a trio of Japanese giant salamanders. 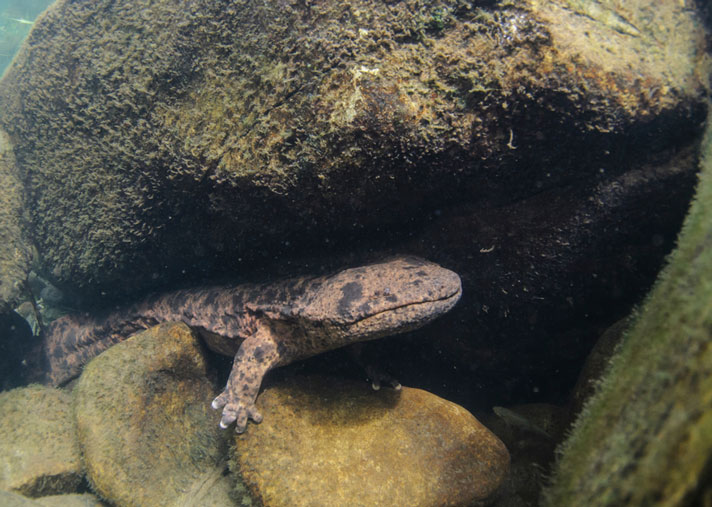 The Japanese giant salamander is listed as near threatened by the IUCN due to pollution and habitat loss.

The zoo received three Japanese giant salamanders (Andrias japonicus) from the Asa Zoo in Hiroshima, Japan. The salamanders were donated to the zoo in February 2014 in honor of the 55th anniversary of the international relationship between the state’s capital city and Hiroshima. The amphibians, named Panda, Peace and Maru were welcomed into their new home February 19 by the mayor of Honolulu, Kirk Caldwell, Honolulu Zoo director Linda Santos, and Laura Debnar, the zoo’s reptile curator.

The amphibian is listed as near threatened by the IUCN due to pollution and habitat loss. They were once a food source for people which also detrimentally affected their populations.  They now are protected by law.