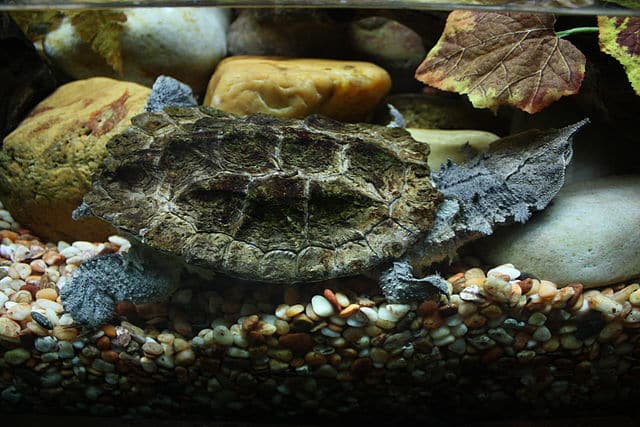 The turtles diverged during the Miocene period, about 13 million years ago.

Researchers with the Senckenberg Natural History Collections in Dresden, Germany, along with scientists from other countries have described a new species of mata mata turtle based on genetic analyses. The mata mata turtle (Chelus fimbriata), was previously thought to be the only species in its genus until now. The species that has just been newly described, Chelus orinocensis, is found in the Orinoco and Rio Negro basins, while Chelus fimbriata is only known to reside in the Amazon basin and Mahury drainage. 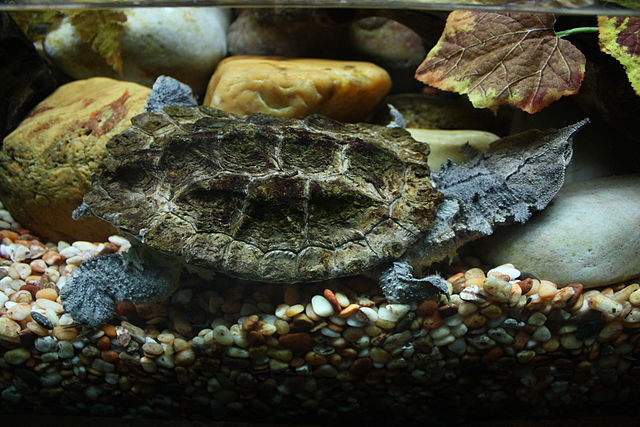 "To date, this species was not considered endangered, based on its widespread distribution. However, our results show that, due to the split into two species, the population size of each species is smaller than previously assumed," the study's lead author, Professor Mario Vargas-Ramírez of the National University of Colombia in Bogotá said. "In addition, every year, thousands of these bizarre-looking animals end up in the illegal animal trade and are confiscated by the authorities. We must protect these fascinating animals before it is too late."

The researchers say the turtles split during the late Miocene period, approximately 13 million years ago. This is around the same time that the Amazon-Orinoco Basin separated into two river basins that currently flow in the region. This caused the single species to diverge genetically. The researchers say that the IUCN classification of the two species should be re-examined because the population has since been split in two by the new discovery.

"Additionally, the analyses revealed that each species displays phylogeographic differentiation. For C. orinocensis, there is moderate mitochondrial differentiation between the Orinoco and the Río Negro, the researchers wrote in their paper. "For C. fimbriata, there is more pronounced differentiation matching different river systems. One mitochondrial clade was identified from the Amazon, Ucayali, and Mahury Rivers, and another one from the Madeira and Jaci Paraná Rivers. The C. orinocensis in the Essequibo and Branco Rivers have haplotypes that constitute a third clade clustering with C. fimbriata."

Mata mata turtles are very unique in their look, with a bizarre head and body that resembles a leaf or piece of floating wood. Chelus fimbriata can grow to more than 2 feet in carapace length while the typical size is 16 to 20 inches. The reptiles are captive-bred in the United States but are not popular in the reptile hobby due to their large size and demanding care requirements.

An abstract of the research paper, "Genomic analyses reveal two species of the matamata (Testudines: Chelidae: Chelus spp.) and clarify their phylogeography" can be read on the Science Direct website.