The fossil was found by Jorge Velez-Juarbe, associate curator of marine mammals at the Natural History Museum of Los Angeles County.

The coquí frog (Eleutherdactylus sp.) of Puerto Rico, beloved in its native Puerto Rico by despised in Hawaii where it has become established, is now the oldest confirmed Caribbean frog, according to a new study in Biology Letters that says the amphibian has been chirping and living in Caribbean forests for 29 million years or more.

Researchers with the Florida Museum of Natural History examined a fragmented arm bone of the frog from the genus Eleutherodactylus and determined that the fossil is the oldest record to date of frogs in the Caribbean. The bone was found in Puerto Rico by Jorge Velez-Juarbe, associate curator of marine mammals at the Natural History Museum of Los Angeles County. Velez-Juarbe found the fossil on a river outcrop in the municipality of San Sebastian. 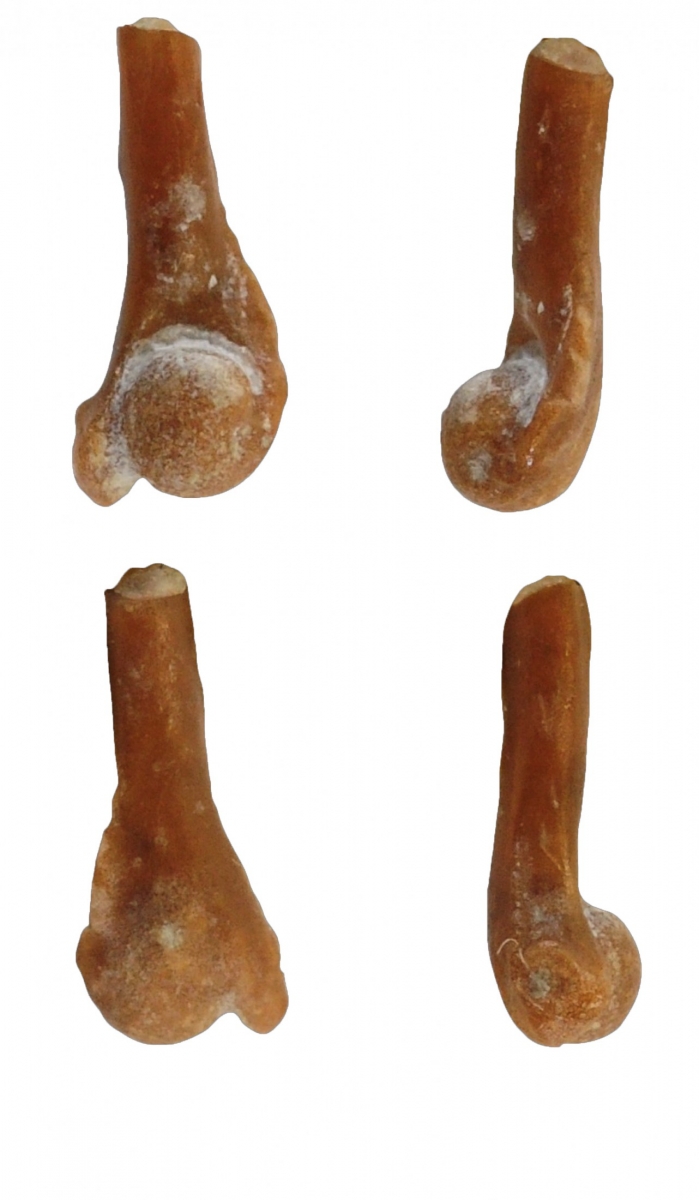 “It’s a national treasure,” David Blackburn, Florida Museum curator of herpetology and the study’s lead author, said in a statement released by the museum. “Not only is this the oldest evidence for a frog in the Caribbean, it also happens to be one of the frogs that are the pride of Puerto Rico and related to the large family Eleutherodactylidae, which includes Florida’s invasive greenhouse frogs.”

The Eleutherodactylus arm bone fossil is now the oldest know frog fossil on record, toppling an amber frog fossil found in the Dominican Republic back in 1987.

"This is the most diverse group by two orders of magnitude in the Caribbean," Blackburn said. "They've diversified into all these different specialists with various forms and body sizes. Several invasive species also happen to be from this genus. All this raises the question of how they got to be this way."

The complete study, "The earliest record of Caribbean frogs: a fossil coquí from Puerto Rico" can be read on the Biology Letters website.