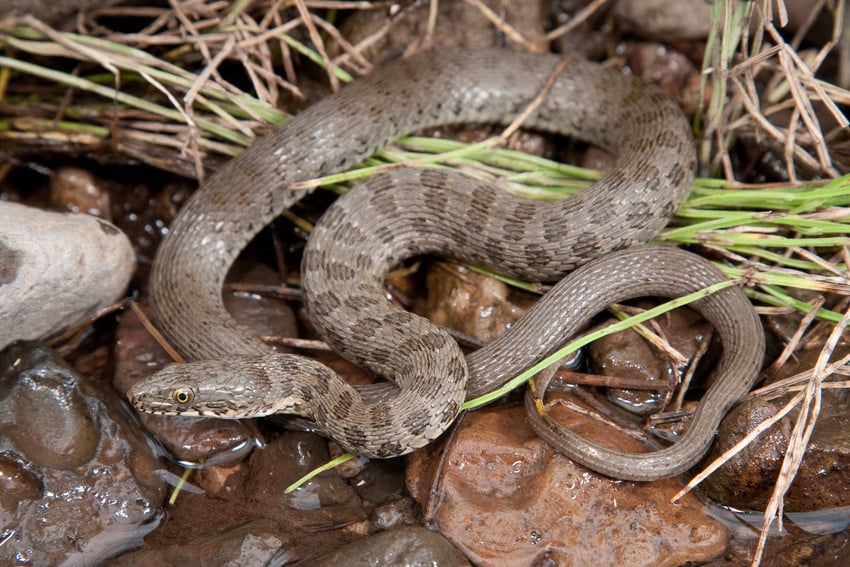 The Trump Administration was sued last winter for failing to protect the two snake species.

“It’s disappointing that the latest proposal safeguards far less habitat than previously outlined, but we’re relieved these snakes will finally get some protected acreage,” Jenny Loda, a Center for Biological Diversity biologist and attorney said in a statement released by the Center. “These two snakes have been close to extinction for years. Safeguarding the riverbanks where they live will also help people and other native wildlife that need healthy waterways.”

The northern Mexican garter snake  and the narrow-headed garter snake were granted Endangered Species Act protections in 2014, after the Center for Biological Diversity sued the U.S. Fish and Wildlife Service in the 2000s. While the government gave the reptiles protections, critical habitat for the snakes was not protected, even though the USFWS proposed protecting more than 420,000 acres of critical habitat for the snakes in 2013. The protection for the habitat was never finalized.

The narrow-headed garter snake is greenish brown, blue grey, or olive grey in coloration with brown, orange or black spots on its back. It grows to 34 inches in length and spends most of its time in bodies of water searching for prey items such as small trout and other fish. It is found in high elevation streams in northern and eastern Arizona and southwestern New Mexico.

The larger northern Mexican garter snake grows to 44 inches in length and can be found in 13 counties in Arizona and four counties in New Mexico. It is also found in 16 states in Mexico. Its coloration ranges from olive-brown to olive-gray and has three stripes that run down the length of its back. It is also found in and near bodies of water such as wetlands and riparian river systems and streams and in tall grassy areas. It feeds on amphibians, fish, and lizards.