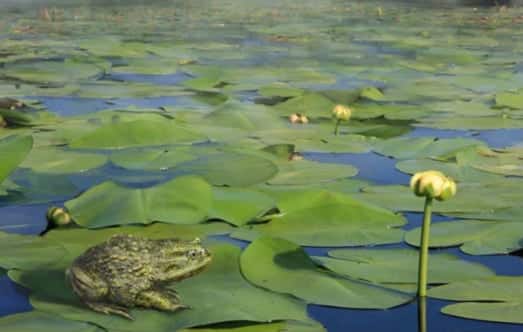 The fossil represents the first helmeted from the Antarctic.

Researchers have discovered what they say is the first fossil of a frog from what is now the Antarctica. The amphibian, according to the researchers is of the anuran family Calyptocephalellidae, also known as the helmeted frogs. Two bone fragments were discovered, an ilium or upper part of the pelvis, and an ornamental skull bone. The bones were recovered in Eocene and are about 40 million years old. They ere found in sediment on Seymour island on the Antarctic peninsula. 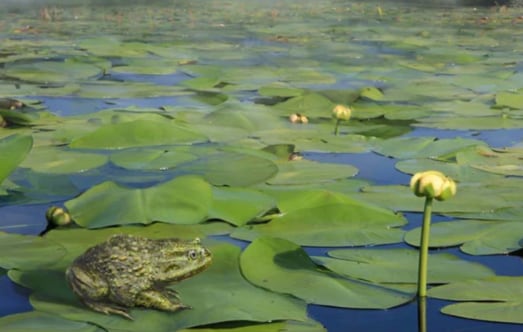 Reconstruction of an Eocene pond in the Nothofagus forest of the Antarctic Peninsula with Calyptocephalella, sitting on a leaf of Notonuphar antarctica which was described from the same locality.

The researchers note in their study that Eocene freshwater ecosystems were ideal habitats for amphibians. The Calyptocephalella sp frog fossils were found during three expeditions involving Argentinian and Swedish teams to the island in 2011-13. The bone fragments, according to the research paper, were concentrated from dry-sieved sediment and were sorted using a Leica MZ6 stereomicroscope.

The complete paper describing the fossil can be read in Scientific Reports on the Nature.com website.