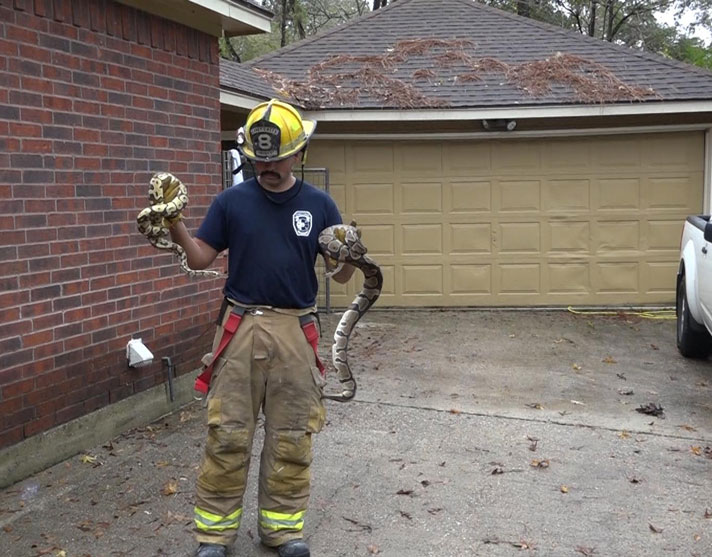 Texas Firefighters Save Several Snakes And Lizards From House Fire

It is suspected that a Christmas tree caused the blaze.

Firefighters battling a house fire in Conroe, TX are credited with saving several ball pythons and boa constrictors from the home after the fire was put out. According to KTRK, some firefighters with the Caney Creek Fire Department were taken aback with the reptiles, but some took them in stride and helped to extricate them from the fire-damaged home.

"A dog or a cat, that's one thing," Lieutenant Bobby Matthews with the Caney Creek Fire Department told KTRK News. "But a snake, that's a whole other animal."

The snakes, which were inside glass enclosures built into the second story wall, were apparently part of the homeowner's breeding program, and all of the snakes got out OK. A few lizards didn't make it.

"The guys that like or don't mind handling the snakes didn't mind doing it," Lt. Matthews said. "They were more than willing to help the homeowner and the fire marshal get them out." Two dogs also made it out safely.

The fire was caused by a Christmas tree, the firefighters suspect.